Why oil prices are plunging despite U.S. sanctions on Iran’s energy sector - OPINION 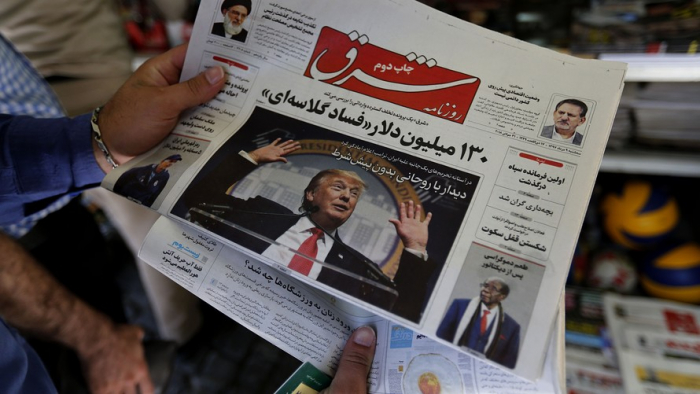 The oil market has had nearly six months to assess the possible effect of U.S. sanctions on Iranian oil exports. Surprisingly, the prospect of significantly tighter global supplies has resulted in lower prices.

President Donald Trump announced on May 8 that he would end the participation of the U.S. in the Joint Comprehensive Plan of Action, a 2015 pact aimed at curbing Iran’s nuclear activities, signed by Tehran, the five permanent members of the United Nations Security Council, and the European Union.

That set the U.S. on a path to reimpose sanctions on Iranian petroleum after a 180-day wind-down period for entities to end their dealings with the country’s energy sector. By early October, oil had climbed to its highest level since 2014. From that recent peak, however, front-month futures prices for U.S. benchmark crude CLZ8, -1.30% have declined by about 17%, as of Friday. At $63.14 a barrel, they’re also down nearly 9% from the day Trump announced the sanctions.

“I think we went from being too worried about losing Iranian oil to now being too complacent,” says Phil Flynn, senior market analyst at Price Futures Group. Many traders believe that global production “can fill the Iranian void” if world economies slow down, as some expect. That’s why prices have slid. But if that expectation proves to be wrong, the market will get “caught short oil supply, causing a price spike,” he adds.

The wind-down period for outside entities ends on Nov. 4. Groups that don’t meet that deadline may face similar sanctions or other “enforcement” actions, according to the U.S. Treasury. The State Department announced Friday, however, “eight jurisdictions” may be granted “temporary allotments,” or waivers, allowing them to continue buying oil from Iran.

“The problem for all of us trying to forecast the prices is knowing how much oil is coming off the market,” says James Williams, energy economist at WTRG Economics.

S&P Global Platts tanker-tracking service cFlow reports that exports of Iranian crude and condensate (an ultralight oil) averaged more than 1.7 million barrels a day in October, just ahead of the month’s end. That was 700,000 barrels a day lower than the six-month average from November 2017 through April 2018—before Trump’s sanctions announcement.

Current prices reflect a scenario in which Iranian exports drop to a million barrels a day, says Rob Thummel, portfolio manager and managing director at asset manager Tortoise, but they “do not reflect a scenario where Iranian oil exports are zero.” He adds, “The global oil market is too tight right now to absorb a supply shock like zero Iranian exports. If this were to happen, I think oil prices would rise by $5 [to] $10 per barrel.”

Worried about a potential shortage, the Organization of the Petroleum Exporting Countries, as well as nonmember Russia, agreed in June to rein in the output cuts they had implemented a year and a half earlier—essentially lifting production ahead of sanctions on Iran. OPEC oil production rose by 100,000 barrels a day in September, to a one-year high of 32.78 million barrels a day, according to the International Energy Agency. “Producers have increased production to fill the void, and capital expenditures are being made to add more production sources,” says Jerry Bailey, president of oil sands extractor Petroteq Energy.

At the same time, China, India, and Russia “will seek ways to avoid the sanctions,” says Bailey, also a former president of Exxon Arabian Gulf. “Those countries are close enough to Iran to see land transfer of oil, likely through black-market operators. This is influenced by the need for product and the monetary gains by taking this risk.”

Still, other nations may be unwilling to risk their relationship with the U.S.

“Major firms in Europe and elsewhere will likely avoid any risk of running afoul of U.S. law,” says Paul Sheldon, chief geopolitical adviser at S&P Global Platts Analytics. He believes that Iran sanctions will be “a supportive factor for oil prices going forward,” with that “especially true if exports fall by more than we expect.” And he observes: “The degree and pace of export cuts will be crucial, and markets will monitor how the Trump administration deals with countries that continue to import Iranian oil.”

Petroleum producers will get a chance to regroup not too long after the sanctions begin. OPEC’s final meeting of the year is Dec. 6. “OPEC will watch the market results from the sanctions and make supply adjustments to avoid price spikes,” says Bailey.

Read the original article on marketwatch.com.

Myra P. Saefong is a reporter & assistant editor for MarketWatch, has covered the commodities sector for more than 20 years.