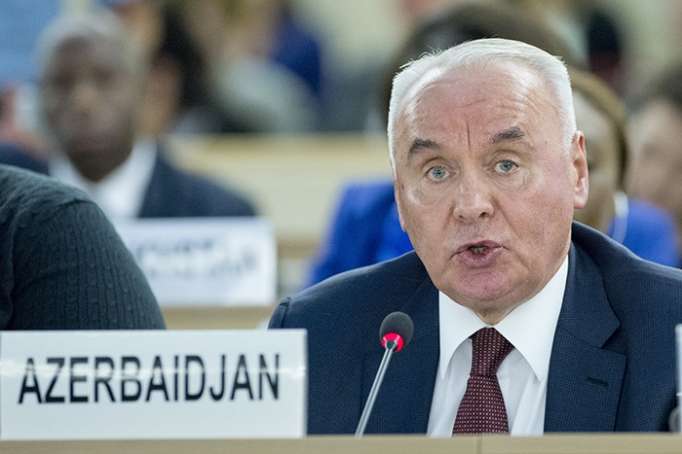 The next round of talks on Azerbaijan’s accession to the World Trade Organization (WTO) will be held in Geneva next week, AzVision.az reports citing Azerbaijani Deputy Foreign Minister Mahmud Mammadguliyev.

Mammadguliyev made the remarks in Baku on Dec. 14 at the 39th meeting of the Council of Foreign Ministers of the Organization of Black Sea Economic Cooperation Organization (BSEC) member-states.

"The work in this direction is underway,” he said. “The negotiations are being held.”

“The next negotiations will take place in Geneva next week," Mammadguliyev said, adding that the organization itself is also undergoing reforms.

“Azerbaijan is holding talks on four main areas - on goods (tariffs for agricultural and industrial products), on trade in services, on improvement of legislation (bringing it in line with WTO requirements) and on support for agriculture (subsidizing),” Mammadguliyev told Trend earlier.

“Azerbaijan expects to join the WTO as a developing country,” he said earlier. "In any case, everything depends on the negotiations."

The implementation of the road maps is expected to serve as the basis for Azerbaijan’s successful accession to the WTO.

In turn, WTO calls on Azerbaijan to strengthen its work with the organization’s member-states to ensure mutual access to the markets for goods and services.

The country is holding negotiations with 13 countries. The negotiations have already been completed and protocols have been signed with Turkey, the Sultanate of Oman, the United Arab Emirates, Georgia and Kyrgyzstan. Azerbaijan is at the stage of signing protocols with China and Moldova.

Azerbaijan has a WTO observer status since 1997. A working group on Azerbaijan under the WTO secretariat was established on July 16, 1997.