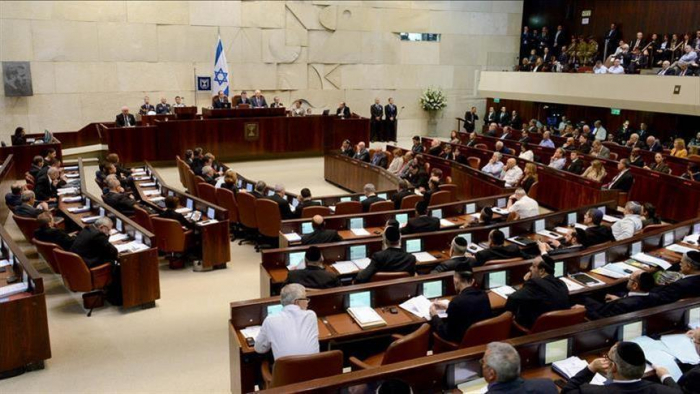 A bill that would allow Israel to exile families of Palestinians accused of attacking Israelis passed the first reading in Knesset (Israel’s parliament) on Wednesday.

In a tumultuous Knesset session, the controversial draft was approved in the first reading by 69-38 votes.

Proposed by Naftali Bennett, head of the right-wing Jewish Home party, the bill would allow Israeli authorities to expel families of Palestinians, who killed or attempted to kill Israelis, from their homes to another area inside the occupied West Bank.

The bill, which is opposed by Israel’s attorney general, still needs to pass two other readings before becoming a law.

Israeli MK Moti Yogev of the Jewish Home party described his Arab colleagues as “terrorists”, with MK Ahmad Tibi of the Arab Joint List shouting at him: "You can kill the Palestinians, but you cannot oppress an entire people."

At least six Palestinians have been martyred by Israeli forces for alleged involvement in attacks against Israelis in recent days.

Tension has been running high across the Palestinian territories in recent months since U.S. President Donald Trump unilaterally recognized Jerusalem as the capital of Israel last year.

Jerusalem remains at the heart of the decades-long Middle East conflict, with Palestinians hoping that East Jerusalem -- occupied by Israel since 1967 -- might one day serve as the capital of a Palestinian state.