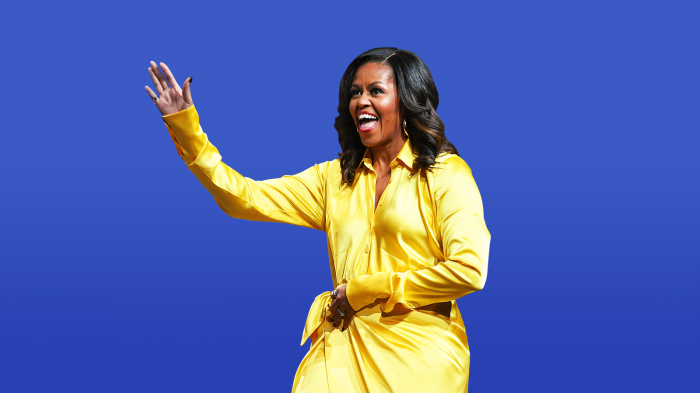 The latest rankings mark the first time Ms Clinton, a former first lady and former secretary of state, did not make the number one spot on the list in 17 years.

Based on Americans surveyed, about 15 per cent chose Ms Obama as their most admired woman. Oprah Winfrey followed behind with 5 per cent, and both Ms Clinton and current first lady Melania Trump with 4 per cent.

Former president Barack Obama, the husband of Ms Obama, topped the list for America’s most admired, men with 19 per cent of the vote.

In comparison, Donald Trump only received 13 per cent of the votes, a reflection that his approval rating is currently in the low- to mid-40s. There were clear partisan lines based on votes with majority of Democrats picking Mr Obama and Republicans picking Mr Trump.

This marks Mr Obama’s 11th time at the top of the list, which puts him one time short of former President Dwight Eisenhower for the most times being picked as America’s most admired man.

Out of all 72 polls conducted, the 2018 rankings mark the 13th time that a sitting president was not voted most admired man.