We’ll always eat meat. But more of it won’t be ‘Meat’ 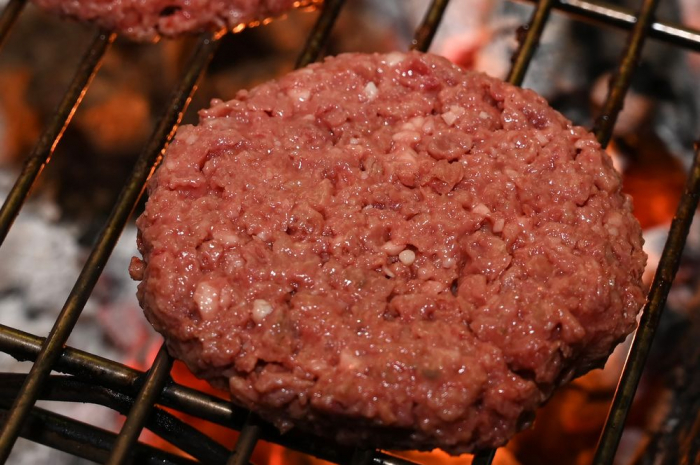 More and more people are choosing to eat less and less meat. Concerns over the environment, personal health and animal welfare are driving the change. The number of people committing to a strictly plant-based (vegan) diet is rising in many developed countries, as are the ranks of “flexitarians” — those who only occasionally consume meat. The trend is spawning a rapidly expanding industry for meat substitutes, both plant-based and a new high tech generation grown from animal cells in laboratories. From Bill Gates to Leonardo DiCaprio, investors are betting hundreds of millions of dollars that the appetite for meat alternatives will mushroom.

Actually, no. Overall meat consumption continues to increase on a global scale, buoyed by rising affluence in developing economies such as China and Brazil. But while per capita consumption in the U.S., the world’s biggest beef consumer, is also growing, countries such as France, Germany, Spain and Sweden are cutting back on meat. What’s more, there’s a discernible shift in attitudes in wealthy nations, including the U.S. In a 2015 study, two-thirds of Americans said they had reduced their meat intake and a recent Gallup poll showed the number of U.S. vegans had risen by more than 3 million between 2012 and 2018 to about 3 percent of the population. While a third of U.K. consumers have lowered or stopped meat purchases, Germans have been winding down meat consumption since 2011.

2. Why are people shunning meat?

Health and cost are among the main reasons. Red meat consumption has been linked with heart disease, diabetes and cancer, and processed meat has been classified as a carcinogen by the World Health Organization. At the same time, studies have pointed to the health benefits of a flexitarian or vegan diet. There’s also increasing concern over the environment. Livestock produces 14.5 percent or more of the world’s greenhouse gas emissions that stoke global warming. Avoiding meat and dairy products is the most effective way for an individual to reduce his or her environmental impact, according to a 2018 study in Science magazine. Another paper in the journal Nature estimated meat consumption must fall by 90 percent in western countries to keep global temperatures under control. With the world’s population expected to swell by more than 2 billion by 2050, the strain on Earth’s resources is likely to intensify. And while factory farming has made chicken, pork and beef more affordable, critics say it can be harmful to human health and make conditions for animals unacceptable. In one survey of U.K. consumers, animal welfare was the No. 1 reason for reducing meat intake.

3. What are the alternatives?

Although there have always been protein-rich substitutes (beans, peas, tempeh), a whole class of products that imitate meat has emerged. These fall into two categories. First are those made purely (or mostly) from plants, from soy-based sausages or baconto the more modern incarnations such as the Beyond Burger (made of pea protein, canola oil and coconut fat, colored with beets) and the Impossible Burger (soy protein, coconut oil and its central meat-like ingredient soy leghemoglobin, or “heme,” produced with a genetically modified yeast). The other variety is cultured meats, derived from extracted animal cells and cultivated into products that manufacturers claim are virtually identical to meat from slaughtered animals. Such products have yet to reach the market (chicken nuggets may be first this year), partly because the manufacturing costs have not yet fallen enough to generate supermarket-friendly prices. There are also food regulations to consider.

4. What are the objections to meat alternatives?

Meat producers have long opposed billing anything not from an animal as “meat.” Environmental group Friends of the Earth has warned that the advent of genetically engineered ingredients — such as the heme that makes Impossible Burgers taste meaty — and lab-made meat hasn’t been accompanied by sufficient research. It’s calling for more rigorous safety assessments. Unanswered questions include how exactly cultured meat will be regulated, how production will be scaled up and how much energy the process will require. Another objection is on health grounds, since some meat alternatives are heavily processed and contain high amounts of salt and refined ingredients.

Most of the innovation is coming from startups, with big legacy companies playing catch-up. Silicon Valley is a hotbed; Beyond Meat filed for a $100 million initial public offering in November and Impossible Foods Inc. has raised $450 million. JUST Inc. is responsible for the cultured chicken nuggets that may debut soon as well as a version of foie gras. Outside the U.S., Moving Mountains has created a popular vegan burger in Britain, Quorn Foods Ltd. has been at it for decades, while Netherlands-based Mosa Meat — started by cultured meat pioneer Dr. Mark Post — is working on bringing products to the market by 2021. Israel’s Aleph Farms Ltd. recently showcased the first lab-grown steak, a process that takes three weeks from cell sampling to finished product. Also in the U.S., New Age Meats has produced the first cultured pork sausage and Memphis Meats the first meatball.

6. Why the buzz among investors?

They’ve been seduced by the startups’ goal to disrupt the meat industry. Already, sales of substitutes for all types of animal products comprise a $3.7 billion market, according to Nielsen. Microsoft Corp. co-founder Bill Gates has invested in both Impossible Foods and Beyond Meat, and celebrities like Leonardo DiCaprio and billionaires Sergey Brin and Li Ka-shingare also backing lab-grown alternatives. Traditional food companies are joining in. Conagra Brands Inc. bought meatless meat producer Gardein and Nestle SA is lining up a plant-based Incredible Burger, while Germany’s biggest poultry processor, PHW Group, is now selling Beyond Burgers. In a twist that would have seemed impossible not long ago, big meat processors are taking stakes: Tyson Foods Inc., the largest U.S. meat producer, is an investor in Beyond Meat, Memphis Meats and Future Meat Technologies.

The appetite is growing. According to Nielsen, U.S. plant-based meat sales rose 23 percent to $684 million in the year through mid-2018. Some of the new-wave products are only just hitting Europe and Asia — a Tesco Plc executive described the Beyond Burger’sarrival in the U.K. in November as “one of the most eagerly anticipated food launches of the year.” Taste will be crucial in determining whether meat alternatives are a fad or a genuine trend. While the original Impossible Burger received a mixed reception— “amazing but just a tad too soft and mushy,” according to the BBC — the latest incarnation is earning rave reviews. Most cultured meats are several years from reaching a plate near you, at a price you’d be willing to pay, but tastings of lab-grown foie gras, steak and sausages have underlined the promise. Consumer caution could make them a harder sell than plant-based varieties, but advocates see lab-grown meat as potentially revolutionizing protein production in a way that’s kinder to the environment, animals and human health.