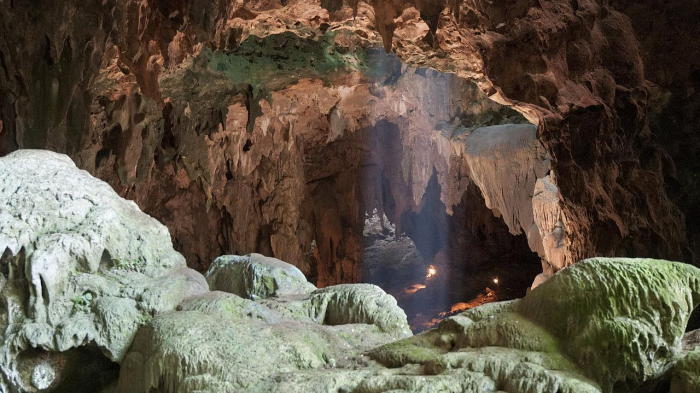 Thirteen fossil bones and teeth excavated in a cave in the Philippines represent a previously unknown human species, according to new research published Wednesday in science journal Nature, Euronews reported.

The species, named Homo luzonensis, was probably small in stature and possessing an unexpected mix of archaic and modern traits, scientists said.

Remains of at least three individuals were found in Callao Cave on the northern part of the island of Luzo.

The researchers were unable to extract DNA but did determine that one of the individuals lived 67,000 years ago and the other 50,000 years ago.

It was the second time in the 21st century that a bygone member of the human family has been found on southeast Asian islands.

In 2003, fossils of another species - Homo floresiensis, dubbed the "Hobbit" due to its diminutive size - were unearthed in a cave on the Indonesian island of Flores, some 3,000 km from the Luzon site.

Homo luzonensis was a contemporary not only of the Hobbit but of our own species, Homo sapiens, which emerged in Africa roughly 300,000 years ago.

The scientists said they could not rule out the possibility that the arrival of our species in the region contributed to the demise of Homo luzonensis.

The Hobbit also disappeared about 50,000 years ago at the same time Homo sapiens was spreading through the region.

The Luzon and Flores discoveries demonstrate that the story of human evolution is more complicated than previously understood, with Asia offering up surprises, potentially with more to come, the researchers said.