Years of Blood: A History of the Armenian-Muslim Clashes - Audiobook 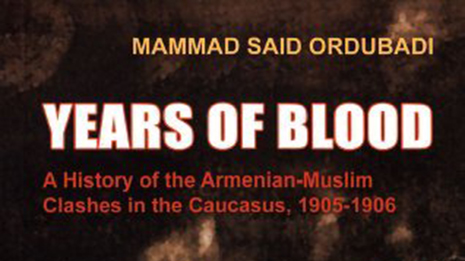 AzVision.az presents for the first time the audio version of Mammad Said Ordubadi`s Years of Blood: A History of the Armenian-Azerbaijani Clashes in the Caucasus, 1905-1906, provides detailed reports of the tragic events of those dramatic years.

The audiobook has been prepared on AzVision.az own initiative. This book - originally written during the aftershock of the Armenian-Muslim clashes in the Caucasus and completed in 1908 - was not published until 1911, yet was immediately considered impressive for its use of local correspondents. Later, however, it was removed from public view, as it did not comply with official ideology. The author - Mammad Said Ordubadi (1872-1950) - was a celebrated historical researcher, journalist, novelist, and librettist, but assessments of his writings made no mention of Years of Blood. Written in his native Azerbaijani in the Arabic script in use at that time, one of the principal sources on the Armenian-Muslim conflicts of 1905-1906 has remained obscured from scholarship until now. Translated for the first time in English, Years of Blood provides detailed reports of the tragic events of those dramatic years. In view of the still unresolved Nagorno-Karabakh war between Armenia and Azerbaijan, the translation of the historical record is timely, as Ordubadi notes in his book of a situation that continues today.

Note: You can download the Audiobook directly from AzVision.az in the near future.