Meet Katie Bouman, one woman who helped make the World's first image of a Black Hole 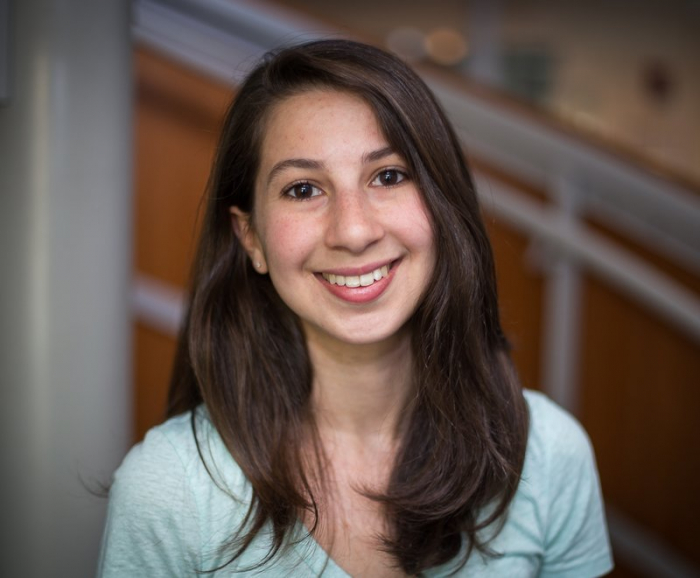 The space was tiny and hot. On a fateful day last summer, Katie Bouman and three fellow researchers filed into a small room at Harvard University, safe from prying eyes, in order to see an image that had been years in the making.

Researchers from all over the world had combined forces to gather masses of astronomical data — enough to fill a half ton of hard drives — that they hoped to turn into the world’s first image of a black hole. In order to do that, the team needed algorithms that could distill all that noisy, messy information into one comprehensible picture. And Bouman, whose expertise is not in astrophysics but computer science, was one of a small group of people who spent years developing and testing those methods.

On that day in June, the data had finally arrived and Bouman’s team pressed “go,” waiting to see whether the code they had written could actually capture the invisible. “We all watched as the images appeared on our computers,” Bouman says. “The ring came so easily. It was unbelievable.” The world saw that ring — a swirl of light and substance revealing the shadow of an unseeable mass — on Wednesday, when a team of more than 200 researchers presented a picture of the black hole lying at the center of the Messier 87 (M87) galaxy. Among other things, the announcement marked the moment when people like Bouman could finally share their secret work with the world.

“It’s been really hard to keep our lips sealed,” she says. “I hadn’t even told my family about the picture.”

The importance of validation

On Wednesday, a picture of Bouman sitting in that tiny, hot room circulated on social media, along with reminders that it is important to acknowledge women scientists. Though Bouman was one of several women who worked on the Event Horizon Telescope team, the majority of her colleagues on the project were men. And while that doesn’t make her any more deserving of applause — Bouman emphasizes that the project was “a team effort” — it does make her a potential role model for young girls who lack examples compared to their male peers. Overall, studies suggest that only about 30% of the world’s researchers are women.

Bouman didn’t know the first thing about black holes when she joined the team six years ago. Her background was in computer science and electrical engineering, and she got involved in the project while pursuing a PhD in computer vision. Her passion is “coming up with ways to see or measure things that are invisible,” which made her a good candidate for attempting to produce an image of a black hole, a region of space that has a gravitational pull so powerful that nothing, including light, can escape.

Though her work developing algorithms was crucial to the project, she sees her real contribution as bringing a way of thinking to the table. “What I did was brought the culture of testing ourselves,” she says. The project combined experts from all sorts of scientific backgrounds, ranging from physicists to mathematicians, and she saw the work through the lens of computer science, stressing the importance of running tests on synthetic data and making sure that the methods they used to make the image kept human bias out of the equation.

“Traditionally the way you make images in radio astronomy is you actually have a human there who is kind of guiding the imaging methods in the direction they think they should go,” Bouman explains. “And for data like this, that is so sparse, so noisy, where it’s so hard to try to find an image, that was a dangerous game to play.”

Her focus was on making sure the methods they used would show an image of precisely what was at the center of the M87 Galaxy, not just what the team hoped would be there.

Happily, it turned out that those were one and the same. Bouman recalls feeling complete disbelief when her team ran their first tests and saw the ring appear. “Even though we had worked on this for years, I don’t think any of us expected we would get a ring that easily,” she says. “We just expected a blob.”

‘Not just sitting in a lab’

Bouman says that most of the time she’s not focused on the fact that she’s in a field where women are the minority. “But I do sometimes think about it. How do we get more women involved?” she says. “One key is showing that when you go into fields like computer science and engineering, it’s not just sitting in a lab putting together a circuit or typing on your computer.”

She recalls standing in Mexico two years ago, at one of the sites where telescopes were collecting data on a galaxy 54 million light years away, information she would eventually help transform. Going into a career in science means “working with people around the world. It’s going to telescopes at 15,000 feet,” she says. “It’s working toward making the first image of a black hole.”

Bouman is still starting out in her own career. She has been working on the project while a post-doctoral fellow at MIT and will soon start a job as an assistant professor at Caltech. With enthusiasm, she describes all the other unseeable things that might be seen with the right combination of hardware and software. Bouman has already worked on looking around corners by analyzing tiny shadows and determining the material properties of objects in videos by measuring tiny motions that are invisible to the naked eye.

She also plans to continue work with the Event Horizon Telescope team, which is adding satellite dishes in space to the network of telescopes here on Earth that were used to produce the image released on Wednesday. With the increased perspective and power, she says, they just might be able to make movies of black holes in addition to still images.

“It’s exciting,” she says. And that’s also her message for the next generation who might consider careers like hers. “As long as you’re excited and you’re motivated to work on it, then you should never feel like you can’t do it.”