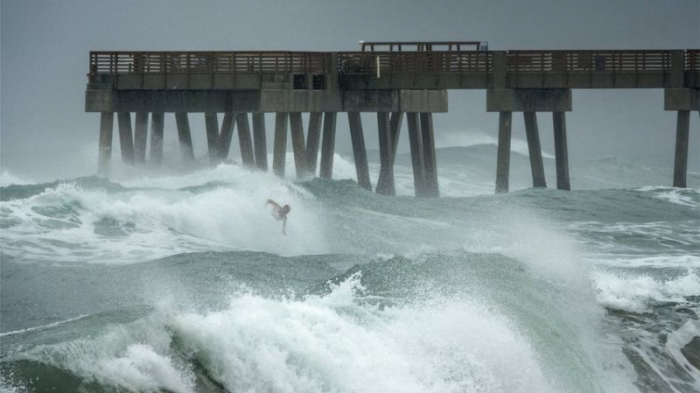 Isaias was downgraded to a tropical storm after hitting islands in the Caribbean, but was recategorised as a category-one hurricane on Monday.

It caused the deaths of two people in the Caribbean.

Isaias is the ninth named storm of the year. The NHC warned earlier Isaias would cause heavy rainfall, resulting in "widespread minor to moderate river flooding" and flash floods in the eastern Carolinas and mid-Atlantic as it moves along the US East Coast.

In north-eastern South Carolina and southern North Carolina, officials said there was "danger of life-threatening storm surge inundation along portions of the immediate coastline and adjacent waterways".

Surges along the eastern seaboard could reach up to 5ft (1.5m) with over 8in (20cm) of rainfall, while tropical storm force winds and gusts will also reach up to the Chesapeake Bay region.

The storm this weekend scraped by Florida and earlier on Monday, its centre remained offshore of South Carolina.

In the Dominican Republican and Puerto Rico, Isaias killed at least two people. It uprooted trees, destroyed crops and homes and caused flooding and landslides.

It is projected to weaken after making landfall, but farther north, New York City is preparing for storm surges as well. 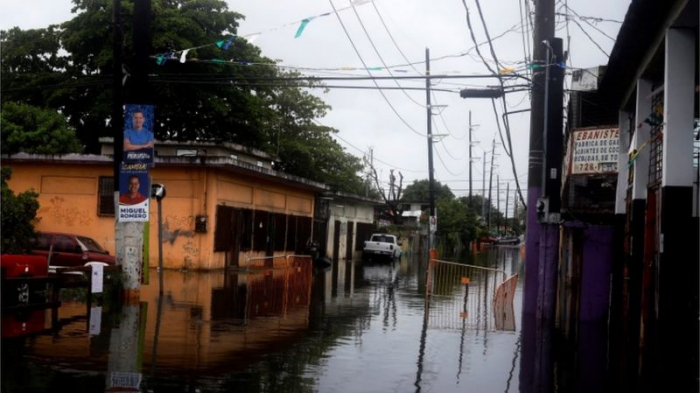 State officials in regions preparing for hurricanes this season have also been grappling with opening shelters that comply with social distancing regulations.

North Carolina Governor Roy Cooper - who on Friday declared a state of emergency - urged residents during a news conference on Monday to be on the alert and stay safe.

"North Carolinians have had to dig deep in recent months to tap into our strength and resilience during the pandemic.

"But with this storm on the way, we have to dig a little deeper. Let's keep each other safe from the wind and water as well as from the virus."