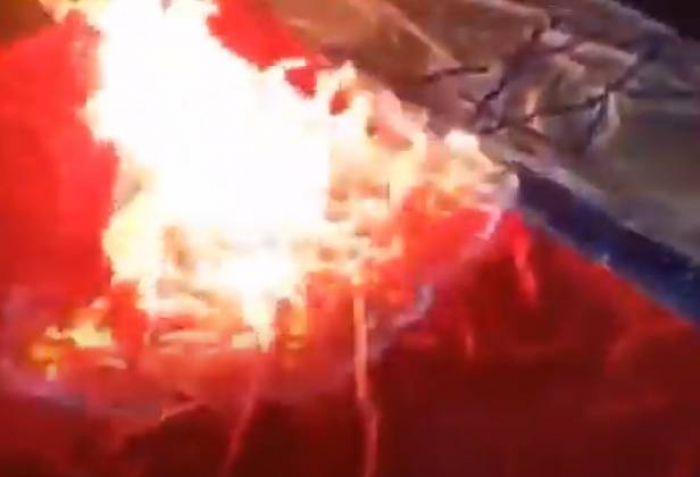 As reported earlier, a group of adherents of the Armenian 'Dashnaktsutyun' party organized an unauthorized rally near the Turkish embassy in Beirut, Lebanon.

About two hundred Armenians expressed dissatisfaction regarding Israel's position. During the rally, the Armenians shouted slogans insulting the Turks and Israelis, and then burned Azerbaijani, Tuskish and Israeli flags.

Note that yesterday a group of representatives of the Armenian community in Georgia tried to hold a protest rally in front of the Israeli embassy in Tbilisi. The participants of the rally protested against "Israel's support to Azerbaijan".