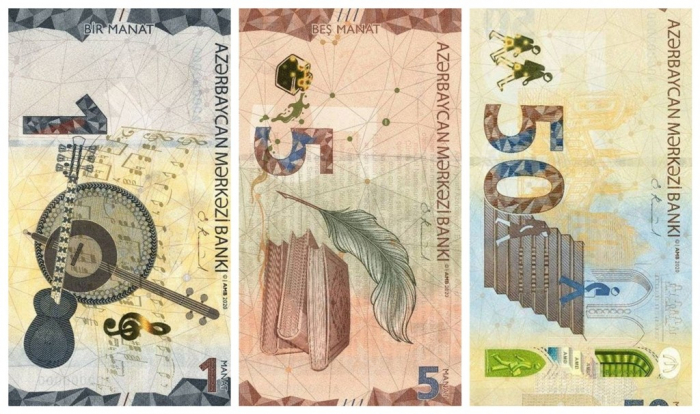 New banknotes of 1, 5, and 50 Azerbaijani manats are expected to be put into circulation during January 2021, the Central Bank of Azerbaijan (CBA) told AzVision.az.

According to the CBA, the latest technologies and innovations have been applied in the design and security systems of the updated banknotes within the existing concept.

“As the last security elements on the updated banknotes, the RollingStar Lead hologram (moving in a 3D effect and changing color), the ‘Spark Live’ element (dynamic light effects and color patterns), a watermark (the image of the State Emblem of Azerbaijan and the corresponding denomination while illuminating), a recognition element for persons with visual impairments (convex lines, which are designed in such a way that touching these lines, the authenticity and denomination of the banknote can be determined), vertical design (the reverse side of banknotes in accordance with the world's most modern trend in the banknote production area is framed vertically) and other elements.,” the CBA said.

The process of adapting all types of payment terminals used in Azerbaijan to updated banknotes had already begun.