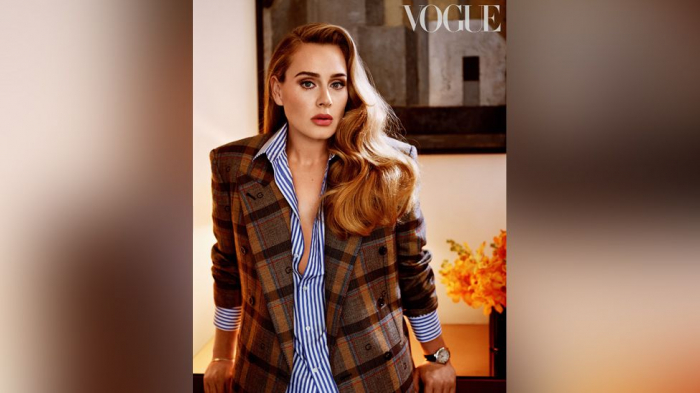 Adele says her new album was recorded to help her nine-year-old son understand why she and his father got divorced.

"I wanted to explain to him through this record, when he's in his twenties or thirties, who I am and why I voluntarily chose to dismantle his entire life in the pursuit of my own happiness," the star told Vogue.

"It made him really unhappy sometimes. And that's a real wound for me that I don't know if I'll ever be able to heal," she added.

The 33-year-old pop superstar has given separate interviews to Vogue's British and American editions - her first for five years - as she prepares to release her highly anticipated fourth album.

It will be titled 30 - which is the age at which she married her long-term partner Simon Konecki, and then left him.

"My entire life fell apart and I had no warning of it," said the singer, acknowledging that she had "bit off a grenade" and threw it into her marriage.

On Tuesday, she released a short snippet of her forthcoming single, titled Easy On Me, which will be released in full on Friday, 15 October.

Explaining the lyrics, in which she sings "Go easy on me...", Adele said: "It's not like anyone's having a go at me, but it's like, I left the marriage. Be kind to me as well.

"It was the first song I wrote for the album and then I didn't write anything else for six months after because I was like, 'OK, well, I've said it all."