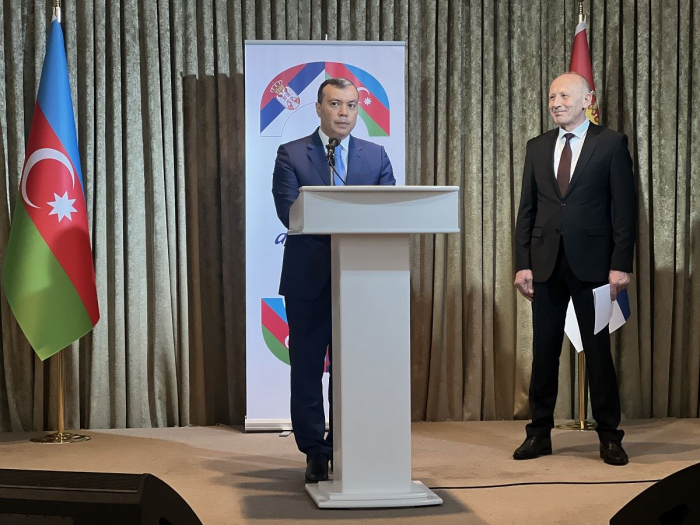 Companies from Serbia have great potential to participate in the restoration of Azerbaijan's liberated territories, Azerbaijani Minister of Labour and Social Protection of the Population Sahil Babayev said during an event dedicated to the Statehood Day of the Republic of Serbia, AzVision.az reports.

"Active reconstruction work is underway in the liberated lands. I believe Serbian companies have high potential to take part in these projects as well. This issue has been discussed during the business forum whereby Serbian companies showed great interest in these drafts," he said.

The minister outlined successful development of relations between Serbia and Azerbaijan.

"Our relations are based on mutual respect for territorial integrity, sovereignty and inviolability of borders. The two countries support each other in international organizations. One of the notable examples is the celebration of the 60th anniversary of the Non-Aligned Movement in the capital of Serbia, Belgrade, which once again demonstrated Serbia's commitment to the principles of the Non-Aligned Movement. Mutual visits are intensive," Babayev added.