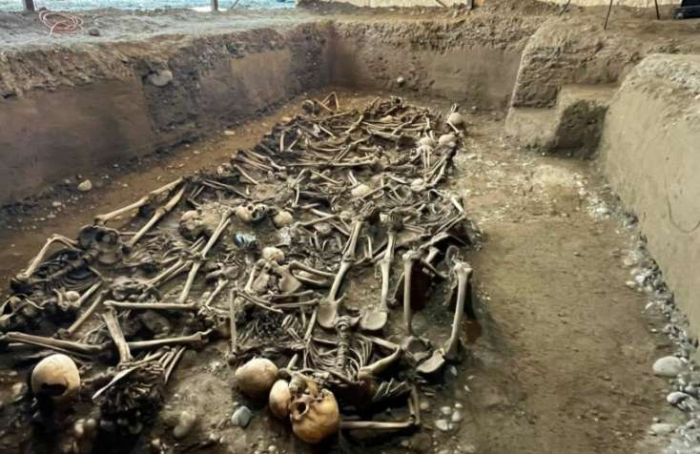 According to the petition, the Azerbaijanis, detained and taken hostage by Armenia during the first Armenia-Azerbaijan Karabakh war, were severely tortured and killed while their bodies were massively buried.

Another mass grave was revealed in Edilli village of Khojavand district proceeding from the testimonies of witnesses and files collected by the working group of the Azerbaijan State Commission on Prisoners of War, Hostages and Missing People.

There are the remains of 15-20 Azerbaijani civilians at a depth of three meters killed by the Armenian armed forces after they were taken, hostage. It is assumed that there are other mass graves in this village.

There is information about numerous mass graves in the Azerbaijani lands liberated from Armenia’s occupation, especially in Khojavand, Kalbajar, Aghdam, and Fuzuli districts and in the vicinity of Shusha city.

The discovery of mass graves during demining operations at these territories once again confirms the policy of ethnic cleansing and genocide by Armenia against Azerbaijanis, its war crimes committed against Azerbaijani civilians.

All these facts are the basis for bringing Armenia to the international legal responsibility.