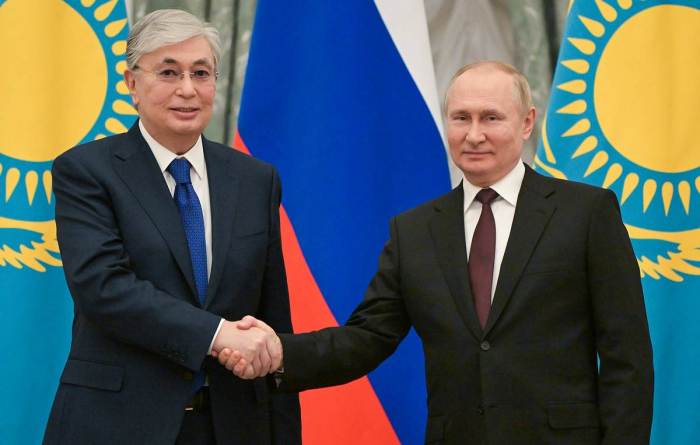 The Kremlin said earlier that "to follow up on the regular dialogue at the highest level, it’s planned to discuss issues of further development of Russian-Kazakh relations of strategic partnership and cooperation."

In addition, the Kremlin said bilateral cooperation in integration associations, including the CIS, which Kazakhstan chairs this year, will be discussed.

According to the press service of the President of Kazakhstan, pressing issues of bilateral strategic partnership, including further development of trade and economic cooperation, will be discussed during the talks.

On July 12, the presidents of Russia and Kazakhstan held a telephone conversation, during which they expressed satisfaction with the current state of cooperation between the two countries. The Kazakh leader also expressed appreciation of the prompt interaction of the governments of the two countries to solve urgent problems of economic, transport and logistics cooperation.

Putin and Tokayev last met on the sidelines of the St. Petersburg International Economic Forum on June 17. At the end of June, the presidents of the Russian Federation and Kazakhstan, along with other leaders of the Caspian nations, participated in the summit in Ashgabat.