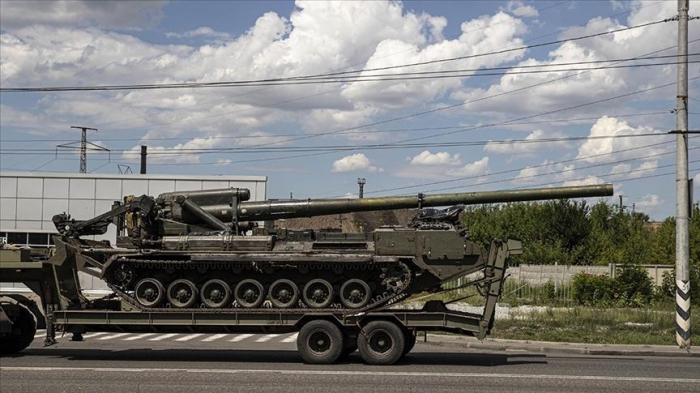 Truss will make the announcement at the UN General Assembly this week in New York, where she went following the state funeral for Queen Elizabeth II on Monday.

Truss will “solidify the UK’s commitment to Ukraine’s security and territorial integrity, with the announcement that the UK will match or exceed our record 2022 military support to Ukraine next year.”

“The Prime Minister will point to this success as evidence of what the Ukrainian people can do with the backing of fellow democracies,” the statement said, adding that the world has “witnessed a significant moment in the war in Ukraine, with territory in the east of the country liberated by the Ukrainian Armed Forces,” in the last 2 weeks.

Truss said: “Ukraine’s victories in recent weeks have been inspirational. Time and time again these brave people have defied the doubters and showed what they can do when given the military, economic and political support they need.

“My message to the people of Ukraine is this: the UK will continue to be right behind you every step of the way. Your security is our security.”

The UK is already the second largest military donor to Ukraine, committing £2.3 billion in 2022, according to the statement.

“We have trained 27,000 members of the Ukrainian Armed Forces since 2015, and in the last year we have provided hundreds of rockets, five air defence systems, 120 armoured vehicles and over 200,000 pieces of non-lethal military equipment.”

The statement added that the “precise nature of UK military support in 2023 will be determined based on the needs of the Armed Forces of Ukraine.”

“However, it is expected to include equipment like the Multiple Launch Rocket System, provided to Ukraine by the UK and others, which has been decisive in allowing Ukraine to re-gain over 3,000 square kilometres of territory in recent days.”