US steps up surveillance and intelligence over Putin's nuclear threat 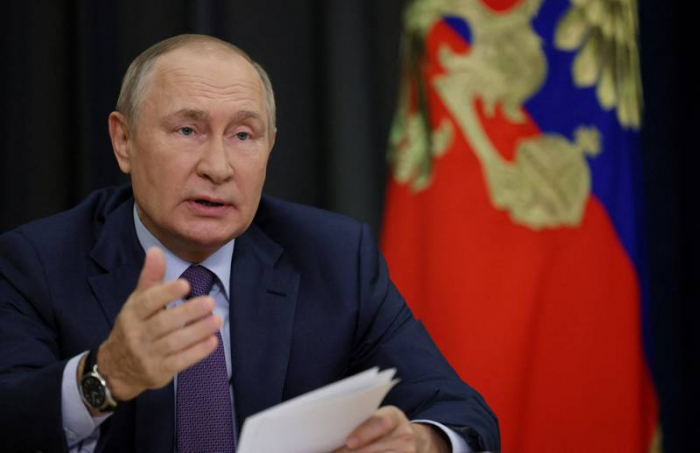 The US has reportedly stepped up its surveillance and intelligence activities in light of President Vladimir Putin’s threat to use nuclear weapons against Ukraine.

The chilling warning, which he stressed was “not a bluff”, has set alarm bells off in Western capitals. This came amid fears the Russian leader would resort to nuclear options as his army loses ground and troops continue to die in droves in the war.

Washington is channelling additional resources to use its air, space and cyberspace capabilities to detect any suspicious Russian military movements or communications that suggest Mr Putin might follow through on his threat.

The majority of the warplanes at Russia’s disposal, in addition to its conventional missile and rocket launchers, are kitted out to deliver nuclear weapons. This would give Mr Putin and his commanders the ability to swap out conventional weapons for atomic bombs on aircraft without being detected, as there would be no tell-tale signs.

Five current and former US officials, including a source in the Joe Biden administration who has access to intelligence on Russia’s nuclear forces, told Politico that surveillance of potential Russian movement is on the up.

Mr Putin’s televised speech last week, in which he suggested he would use nuclear weapons in Ukraine if he deems them necessary, was met with widespread condemnation from Western leaders. “If the territorial integrity of our country is threatened, to defend Russia and our people, we will use all means we have, this is not a bluff,” the president declared.

Gillian Keegan, a British foreign office minister, called the warning “quite concerning”. However, she said it would not change the government’s backing for Kyiv. “We're still unwavering in our support for Ukraine,” Ms Keegan told Sky News.

Mr Putin’s threat is “a matter that we have to take deadly seriously”, White House national security adviser Jake Sullivan told CBS. He said the Biden government had “communicated directly, privately at very high levels to the Kremlin that any use of nuclear weapons will be met with catastrophic consequences for Russia, that the United States and our allies will respond decisively, and we have been clear and specific about what that will entail.”

Meanwhile, Mr Putin has said he will never abandon the residents in four regions of Ukraine after referenda results showed they had voted to become part of Russia. The ballots, dismissed as “sham” polls by the West, were seen as a desperate attempt by the Kremlin to exercise more control over Ukraine after forces loyal to Kyiv retook vast parts of territory in the north-east.


Linda Thomas-Greenfield, the US ambassador to the UN, said she would introduce a resolution at the UN Security Council calling on members not to recognise any change to Ukraine’s borders and obliging Russia to withdraw soldiers and tanks.

Ukrainian President Volodymyr Zelenskyy has appealed to the UN to condemn the votes.

People living in the so-called Donetsk People’s Republic were declared to have voted 99.23 per cent in favour of joining Russia, while 98.42 per cent of those in the neighbouring so-called Luhansk People’s Republic backed the move. The two breakaway regions of Ukraine’s eastern Donbas region were formally recognised by Moscow as independent republics earlier this year.

The results of the hastily organised referendums also showed 87.05 per cent of people in the Russian-controlled Kherson region opted to become part of Russia, while 93.11 per cent in Russian-captured Zaporizhzhia were in favour.

Ukrainian troops are “making slow advances on at least two axes east from the line of the Oskil and Siverskyi Donets rivers”, the British Army said on Wednesday. It was referring to areas where forces had consolidated following their previous advance earlier this month. British intelligence noted that Russian troops were “mounting a more substantive defence than previously” likely due to Ukrainian fighters’ advance on the Luhansk region.

“Russia continues its grinding attempts to advance near Bakhmut in the Donbas, even while it faces severe pressure on its northern and southern flanks,” Britain’s Ministry of Defence said. “This is likely due to political pressure as Russia is using forces that could otherwise reinforce the other flanks.”