Former Polish FM thanks US for damaging Nord Stream pipeline 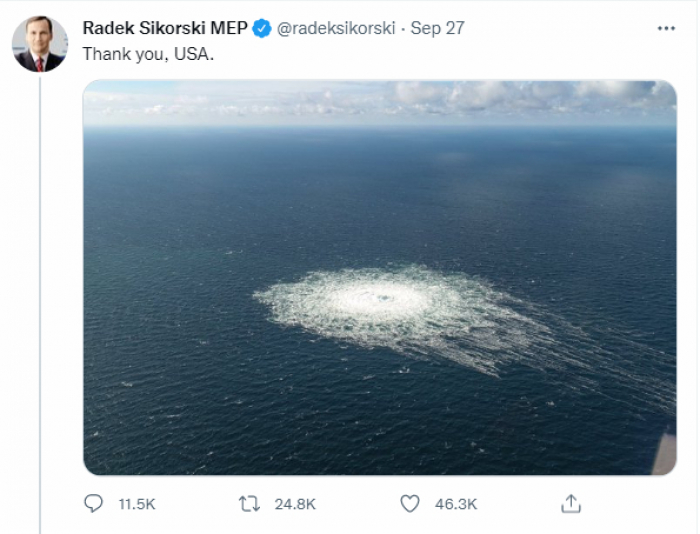 He commented that there is no pipeline shortage to transfer gas from Russia to Western Europe, including Germany.

All Ukrainian and Baltic Sea states have opposed the construction of the Nord Stream for 20 years, he said, adding the "Nord Stream's only logic was for Putin to be able to blackmail or wage war on Eastern Europe with impunity."

"Now $20 billion of scrap metal lies at the bottom of the sea, another cost to Russia of its criminal decision to invade Ukraine,” he said.

On Monday, Danish authorities reported a gas leak from the defunct Nord Stream 2 pipeline close to the island of Bornholm in the Baltic Sea.

The Russia-owned Nord Stream 2 pipeline flowing from Russia under the Baltic Sea to Germany was originally constructed to double the volume of gas. However, as soon as construction finished, Germany decided to halt operations after the start of Russia's war on Ukraine.