Davide Astori: Fiorentina captain and Italy international dies at the age of 31 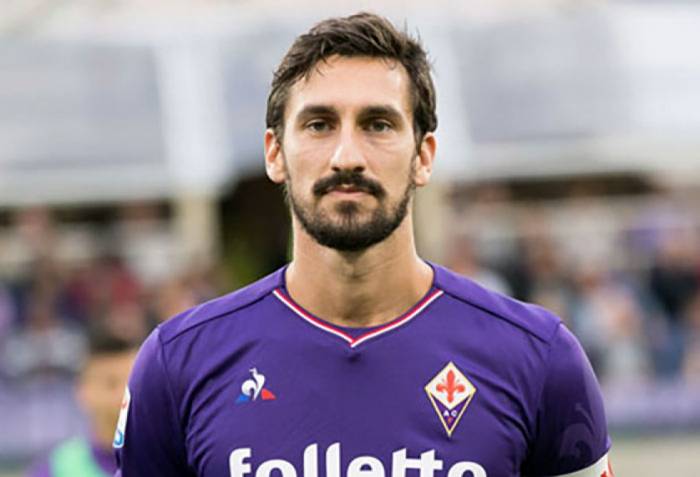 Fiorentina captain and Italy international Davide Astori died at the age of 31.

The defender died following a "sudden illness", his club confirmed on their official Twitter feed.

Fiorentina were scheduled to play Udinese in Serie A on Sunday afternoon but the game and all other Serie A fixtures were called off.

Astori, capped 14 times by Italy, joined Fiorentina in 2016 from Cagliari and had made 58 appearances for them.

Cagliari postponed their game against Genoa on Sunday morning.

"Fiorentina are profoundly shocked to have to announce the death of captain Davide Astori after a sudden illness," Fiorentina said.

"Given this terrible and delicate situation we appeal to everyone's sensitivity at this time, above all out of respect for his family."

Astori, who leaves a wife and two-year-old daughter, came through the youth system at AC Milan before joining Cagliari in 2008.

He spent eight years at the club and had loan spells at Roma and Fiorentina before moving permanently to the latter two years ago.

Astori's captain at international level Gianluigi Buffon paid a glowing tribute to his friend. He said: "You have a young wife and family members who are suffering. Your little girl deserves to know that her father was in all respects a perfect person. You were the best expression of an ancient, surpassed world, in which values such as altruism, elegance, education and respect for others, were the masters.

"You were one of the best sports figures I came across."

Former Fiorentina manager Roberto Mancini said: "I learned with great pain what happened to Davide Astori. My condolences to the family."

AC Milan said in a statement: "A man who loved football and who grew up as footballer with us. AC Milan are shocked by the passing of Davide Astori. It is with great sadness that we offer our deepest condolences to his family and closed ones and to Fiorentina."

Former AC Milan midfielder Clarence Seedorf added: "Life is precious and we need to enjoy every day of it. I send my most sincere condolences to Davide's family and I thank you Davide for having been a great opponent on the pitch and for all you have done for football. Rest In Peace."