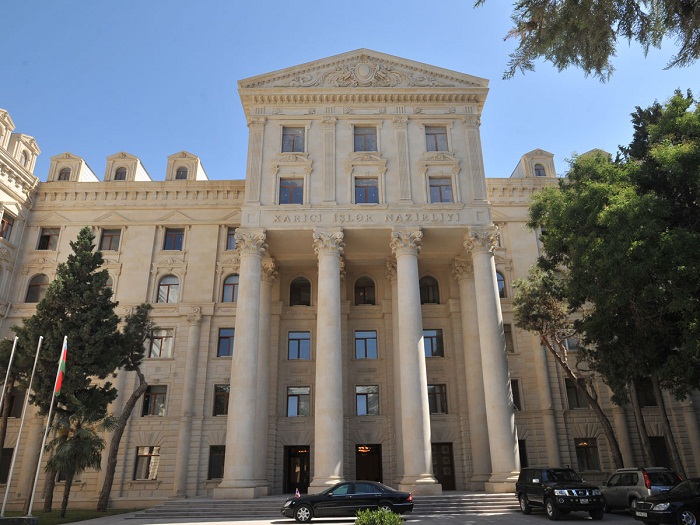 The Prosecutor General`s Office has also sent requests to Switzerland over the criminal case, according to Hajiyev.

He noted that the report of Azerbaijan`s Foreign Ministry on "Illegal economic and other activities in the occupied territories of Azerbaijan" contains sufficient information gathered from the Armenian sources about the illegal activities of Vartan Sirmakes and his company Franck Muller on Azerbaijan`s occupied lands.

Meanwhile, Azerbaijan`s Embassy in Switzerland has provided detailed information to the Swiss Federal Department of Foreign Affairs and other structures of that country about the latest escalation of situation on the line of contact as a result of the Armenian provocation and the atrocities committed by Armenians against Azerbaijani civilians.

On the night of April 2, 2016, all the frontier positions of Azerbaijan were subjected to heavy fire from the Armenian side, which used large-caliber weapons, mortars and grenade launchers.

The armed clashes resulted in deaths and injuries among the Azerbaijani population. Azerbaijan responded with a counter-attack, which led to liberation of several strategic heights and settlements.

Military operations were stopped on the line of contact between Azerbaijani and Armenian armies on Apr. 5 at 12:00 (UTC/GMT + 4 hours) with the consent of the sides.

The conflict between the two South Caucasus countries began in 1988 when Armenia made territorial claims against Azerbaijan. As a result of the ensuing war, in 1992 Armenian armed forces occupied 20 percent of Azerbaijan, including the Nagorno-Karabakh region and seven surrounding districts. The 1994 ceasefire agreement was followed by peace negotiations.

Armenia has not yet implemented four UN Security Council resolutions on withdrawal of its armed forces from the Nagorno-Karabakh and the surrounding districts.