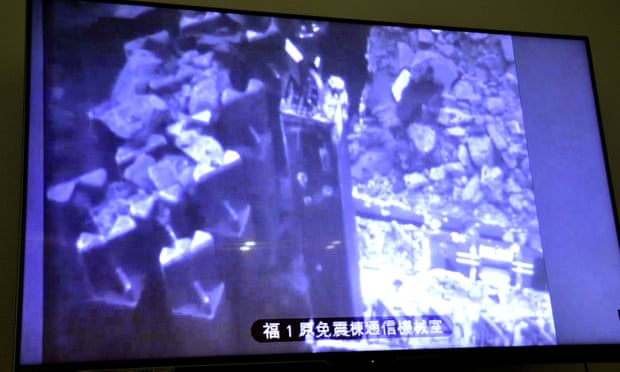 Workers at the wrecked Fukushima Daiichi nuclear power plant have begun removing fuel rods from a storage pool near one of the three reactors that suffered meltdowns eight years ago.

The plant’s operator, Tokyo Electric Power (Tepco) said on Monday that work had begun to remove the first of 566 used and unused fuel assemblies in reactor building No 3.

The measure marks a milestone in efforts to decommission the plant, although the more critical removal of melted fuel from inside three damaged reactors will prove far more difficult.

The fuel rods stored in unit No 3’s cooling pool were not damaged in the 2011 disaster, when a powerful earthquake and tsunami knocked out Fukushima Daiichi’s backup power supply and triggered the world’s worst nuclear accident since Chernobyl, 25 years earlier.

Tepco said the operation to remove the fuel rods, which are in uncovered pools, would take two years, adding that transferring them to safer ground would better protect them in the event of another catastrophic earthquake.

Workers are remotely operating a crane to raise the fuel from a storage rack in the pool and place it into a protective cask. The whole process occurs underwater to prevent radiation leaks. The utility plans to repeat the procedure in the two other reactors that suffered meltdowns.

The work began a day after the prime minister, Shinzo Abe, pledged to revive neighbourhoods evacuated after the meltdown during his first visit to Fukushima Daiichi for more than five years.

“Our basic policy is that every minister is a reconstruction minister,” Abe said, days after Yoshitaka Sakurada, the minister in charge of Fukushima’s recovery, was forced to resign after suggesting that the career of a local politician was more important than rebuilding the region affected by the tsunami.

“We have reaffirmed our commitment to work for the revival of Fukushima and northeastern Japan,” Abe said, adding that the government “stood at the forefront” of decommissioning work, which is expected to take at least 40 years.

Earlier in the day Abe visited Okuma, one of two towns that host the nuclear plant, days after its evacuation order was partially lifted. But so far only 367 people, or 3.5% of Okuma’s pre-disaster population of 10,341, have registered as residents, according to Kyodo news agency.

In 2014, workers removed and stored hundreds of fuel assemblies in reactor building No 4, which was one of three reactors not in operation when the plant was struck by a towering tsunami.

Preparations for the work that began on Monday underlined the challenges facing Tepco as it attempts to devise ways to remove melted fuel from inside the damaged reactors.

The removal of the fuel rods was delayed by more than four years due to equipment malfunctions, high radiation levels in the reactor building and radioactive debris from a hydrogen explosion that occurred in the immediate aftermath of the triple meltdown.

The work is being carried out remotely from a control room about 500 metres away due to high radiation levels inside the reactor building.

Robotic probes have photographed and detected traces of melted nuclear fuel in all three reactors that suffered meltdowns, but experts have yet to develop robots capable of locating and removing the fuel while exposed to dangerously high radiation levels.

In February a probe made physical contact with melted fuel at the bottom of a reactor for the first time since the disaster.