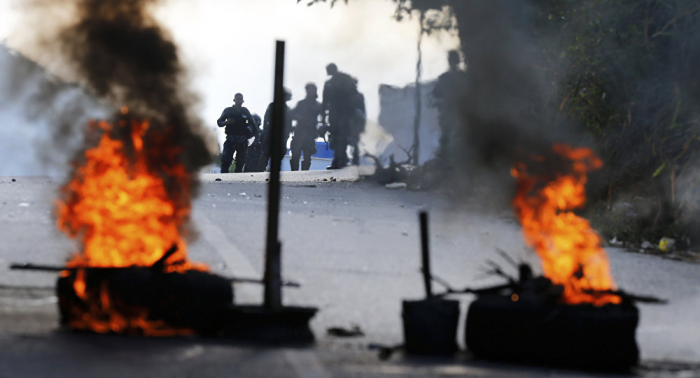 Two people have been killed during protests that the Venezuelan opposition has been conducting since Tuesday, AzVision.az reports citing Sputnik.

The sources said that a 27-year-old woman died from a gunshot wound in her head, which she received during unrest at the Altamira neighbourhood of Caracas. Another person was killed in the Aragua state, according to the sources.

There has been no official information about these cases.

On Wednesday, both supporters of Venezuelan President Nicolas Maduro and the opposition held Labour Day demonstrations.

Medics in the Chacao neighbourhood of Caracas said that 27 people had been injured during the rallies.

Meanwhile, the administration of Chacao said that 13 people had been wounded.

The situation in Venezuela escalated on Tuesday when the opposition attempted to carry out a coup. The authorities, however, subsequently said that the coup attempt failed.