48 Hours: When You Find Yourself in Baku

Deeply steeped in history, Baku is the place to be if you are a lover of the past. Football fans, this guide applies to you too!

The 2018-19 football season is all set for an emphatic end with the Europa and Champions League Finals less than two weeks away. Two giants of English football, Arsenal and Chelsea, will square off in the Europa League Final in the Azerbaijani capital of Baku on May 29. The city, which happens to be an enigmatic blend of the old and new, will take you through the pages of history. Once part of the ever-expanding Ottoman Empire and then the former Soviet Union, Azerbaijan, bounded by the Caspian Sea and the Caucasus, has often eluded the popular eyes.

One of the fastest developing cities in the country, you'll find yourself constantly entertained and busy while strolling Baku's hustling streets. While I know that you can't wait to cheer on your team at the Olympic Stadium in the capital, keep aside some time to unravel the mysteries of this unusual city where the new and old combine effortlessly. Here's your very own 48-hour guide to the capital of Azerbaijan. 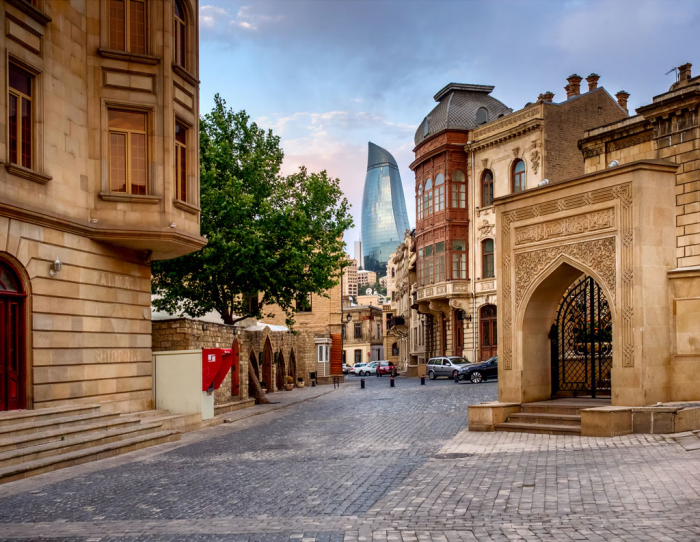 Classified as a UNESCO World Heritage Site, the Old City is the historical core of Baku. Cobblestone streets, fortressed walls, and mosque-turned-museums, dating back to the 12th century, give the Old City its quaint look. If you wish to take back a part of the capital city's heart, several cute and attractive souvenir shops embellish the streets of the fortressed city. Do remember to climb atop the Maiden Tower to get a breathtaking view of the medieval capital of the Shirvan Shahs. You can walk around for hours at a time with great tea shops offering delicious drinks to rejuvenate your declining energy levels.

The Palace of Shirvan Shahs, considered to be a pearl of Azerbaijani architecture, once was the seat of the ruling dynasty. The sandstone complex in hand with the Maiden Tower is a treat for the eyes. The palace comprises of the Divanhane (the main complex), the burial vault, the mosque of the shah, a mausoleum of the Dervish among so many other structures.

The Palace of Shirvan Shahs: Open between 10am-6pm

Observe the Architecture at the Bibi Heybat Mosque 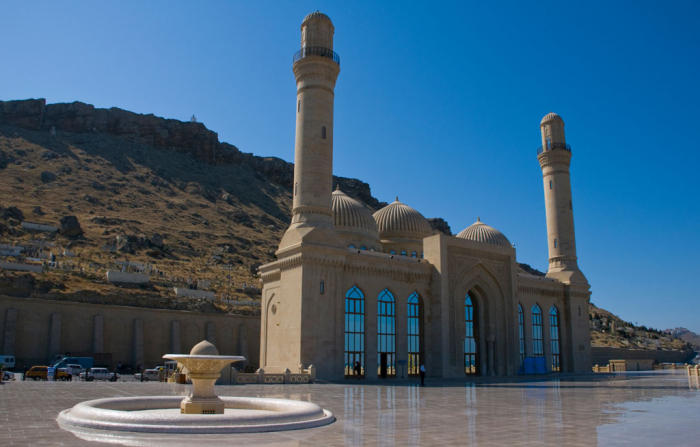 While the present day construction of the Bibi Heybat Mosque is just a little over two decades old, it has taken inspiration from a 13th-century model which was destroyed by Russian leader Stalin in 1936. A classic example of Shirvan architecture, three domes decorated with turquoise and green mirrors with inscriptions from the Qu'ran make the mosque the centre of spirituality in this Caucasus nation. The men's and women's prayer complexes are located on the opposite side with the elaborate mausoleum in between.

Check Out The Flame Towers 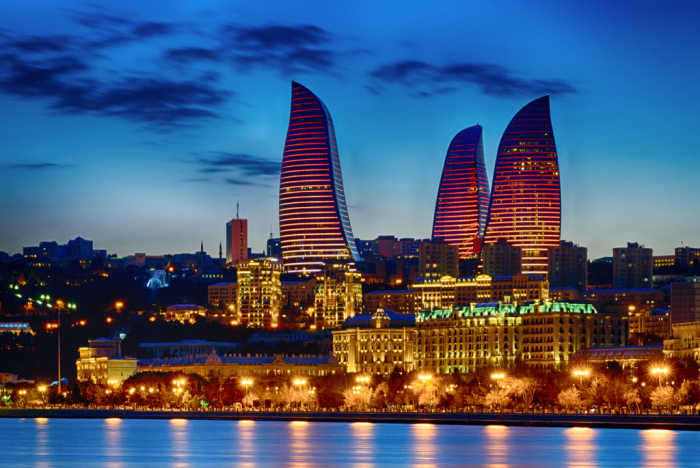 A powerful symbol of modern Baku, the trio of skyscrapers built in the shape of fire symbolizes Azerbaijan as the birthplace of the prophet Zoroaster. Transforming the skyline of the capital by adding a modern twist to its historic past, the Flame Towers are a tribute to the city's struggle and predict its fortuitous future. Visible from anywhere in the city, the exterior of the towers light up in the colour of fire.

No vacation is complete without traditional food. If you happen to be a fan of kebabs, Nizami Street has to be on your list of places to visit. Dash into any of the uncountable döner shops for an Azeri-styled kebab. Bite into your dish and let your taste-buds experience a firework of flavours. After you have had all the kebabs that you desire, do try some authentic Azeri dishes like dolma, a mix of aubergine or peppers stuffed with meat, rice, herbs, and  topped with a dollop of cool yogurt and plov, a fabulous combination of buttery rice pilaf with meat, chestnut, and cooked fruit. 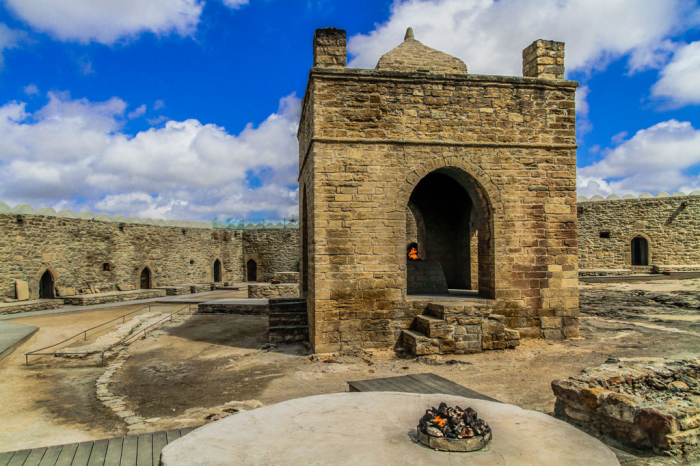 Start your cultural retreat in Azerbaijan by a visit to the Ateshgah Fire Temple. Zoroastrianism and Azerbaijan have a deep, underlying connecting evident in a lot of the structures of the country like the Flame Towers. Constructed in the 18th century by the Baku-based Hindu community, it is unique for its astounding natural phenomenon. An inextinguishable fire created as the underground gas comes up to the surface made this location a thing of the legends. Believing that the fire has mystic properties the temple was often crowded by the followers of Zoroastrianism.

Once the centre of carpet weaving, Azerbaijan has some exquisite rugs you can purchase. The Carpet Museum is a follower location in the Caucasus nation. Purchase a carpet here after fully understanding its origin, history, and design. A fair caution, do not buy one from the streets as it might turn to be a rug made in Pakistan sold as Azeri.