The World's safest cities In 2019- Infographic 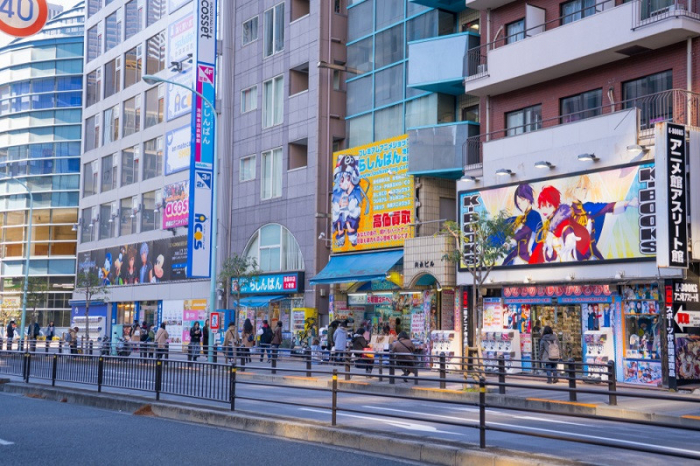 As it has in previous editions, Tokyo had the highest overall score in this year's index - 92 out of 100. The Japanese capital has a broad array of strengths such as infrastructure designed to withstand catastrophic events, low levels of violent and petty crime as well as a low risk of computer malware. The index notes that Tokyo remains one of the world's best-run cities and that safety has been a long-term and leading priority of its metropolitan government for years. 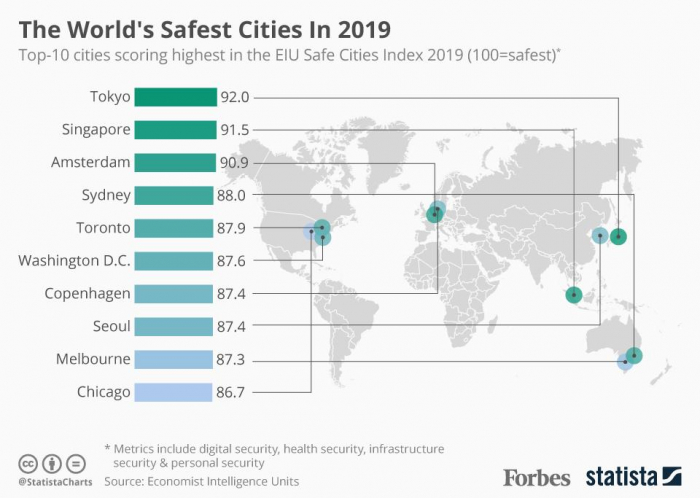 Cities in the Asia-Pacific region make up six of the top-10 safest cities in the index with Singapore (2nd), Osaka (3rd), Sydney (5th), Seoul (tied for 8th) and Melbourne (10th) all present. Importantly, safety levels in different cities are not linked to global regions. Rather, cities such as Tokyo, Singapore and Osaka lead because of their specific strengths rather than the simple fact that they are located in Asia. U.S. cities generally lag behind in most safety metrics with Washington D.C. and Chicago making the top-10. They do perform better in one key category, digital security, with Chicago, Washington D.C., Los Angeles, San Francisco, Dallas and New York all making the top-10.