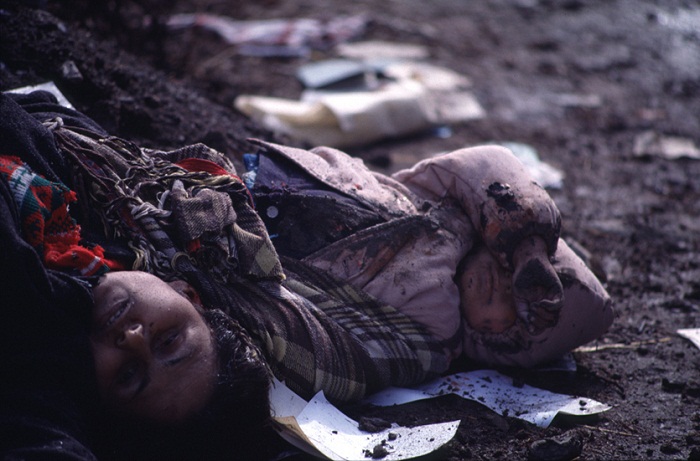 20 thousand Azerbaijani people were killed as a result of Armenian agression
The Nagorno Karabakh conflict became as one of the most tragic conflicts in the history of XX century and affected the destiny of millions. During the military campaign of 1992 and 1993, Armenia has occupied 20 percent of the Azerbaijani territory. As a result of the military aggression led by Armenia against Azerbaijan twenty thousand people were killed, 4,866 people are missing, and one hundred thousand people have been wounded, fifty thousand of them becoming invalids due to the severity of their wounds. In the captured territories the Armenian aggressors have targeted those objects of art considered a unique part of the cultural heritage of Azerbaijan in a particularly vindictive manner. According to preliminary information, and in addition to the demoralising and psychological blow suffered by the population, the economy of Azerbaijan has been damaged at a cost of $60 billion US Dollars equivalent.

Armenian military forces committed genocides in the town of Khojaly with the population of 7 thousand people on February 26 1992. There were 3 thousand people in the town at the time of Armenian military forces` attack. As most part of the population had to leave town during 4 months blockade. 613 people were killed, 1000 peaceful people of different age became invalid during Khojaly genocide. 106 women, 63 children, 70 old men were killed. 8 families were completely annihilated, 130 children lost one parents, while 25 both of them. 1275 peace residents were taken hostages; the fate of 150 of them is still unknown. All these were committed by Armenian militaries with special mercilessness and inconceivable barbarism. ("From the investigation materials concerning Khojaly occupation").

In 1993 The Security Council of the United Nations has accepted resolution no. 822, 853, 874, 884 for the soon peaceful solution of the conflict, release of the grasped lands, and return of refugees and IDPs to their native lands. But Armenia has not executed any of these resolutions.

Slanderous, libellous and false campaign against Azerbaijan is going on through some media organizations, information means with support of financial and moral as well as instigation of Armenian based people. Armenians continues on creation “torturing Armenian people” benefiting US and European lobby opportunities, go against international law, and try to pervert realities on real genocide using false means, to reconcile with the fact of occupation of Azerbaijani territory. These sites like-www.news.am”, “www.armtoday.info”, “www.panarmenian.net”, “www.list.am”, “www.spyur.am” “www.arminfo.am”, “www.aravot.am”, “www.largir.am” as well as “www.news.am”, “www.armtoday.info”, “www.panarmenian.net”, “www.list.am”, “www.spyur.am” “www.arminfo.am”, “www.aravot.am”, “www.largir.am” are holding information war against Azerbaijan. In these sites Azerbaijani officials are insulted by them, there are placed encyclopaedic information that intentionally was changed.

Our goal is to involve youth generation on propaganda of Azerbaijani realities. Last years Azerbaijani government is more active to expose Armenian falsification in order to prevent this.

Azerbaijani government continues its principal resolute and decisive activity against Armenian vandalism, and raises national problems at international level. We hope that Nagorno Karabakh problem will be solved soon.