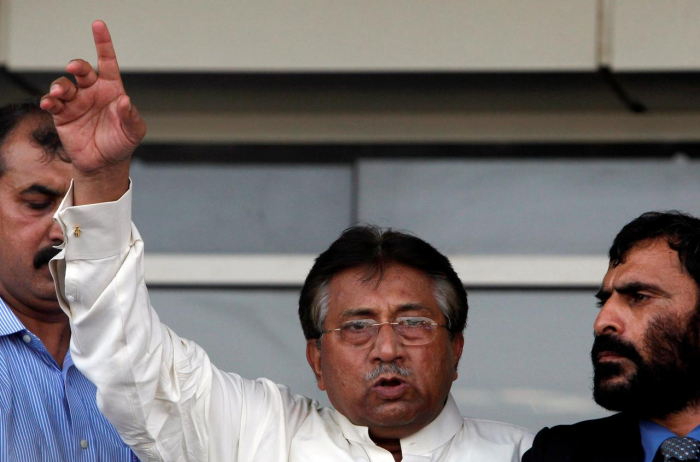 Speaking from his hospital bed in Dubai, Pakistan’s former military ruler Pervez Musharraf said a special court’s decision to sentence him to death in a high treason case was the result of a “personal vendetta”.

Musharraf, who was tried and sentenced in absentia, said in a video released late on Wednesday the allegations against him were politically motivated and it was “an unprecedented case in which neither the defendant, nor his lawyer were allowed to defend the case.”

An anti-terrorism court sentenced Musharraf to death on Tuesday after finding him guilty of high treason and subverting the constitution in 2007.

The verdict sent shudders through the military, which has ruled Pakistan for the a large portion of its history and remains highly influential. The army issued a strongly worded statement and accusing the court of ignoring legal process, defending Musharraf’s patriotism, and saying the ruling had caused “pain and anguish” in the ranks.

The 76-year-old Musharraf seized power in a coup in 1999 and later ruled as president.

In November 2007, Musharraf suspended the constitution and imposed emergency rule - a move which sparked protests. He resigned in 2008 to avoid the threat of impeachment.

When Nawaz Sharif - an old rival whom he deposed in the 1999 coup - was elected prime minister in 2013, he initiated a treason trial against Musharraf and in 2014 the former general was charged for high treason.

“This case was taken up only due to personal vendetta by some people against me,” Musharraf said in the video statement.

Musharraf traveled to Dubai, where he is receiving medical treatment, after a travel ban was lifted in 2016 and he has refused to appear before the court, despite multiple orders.