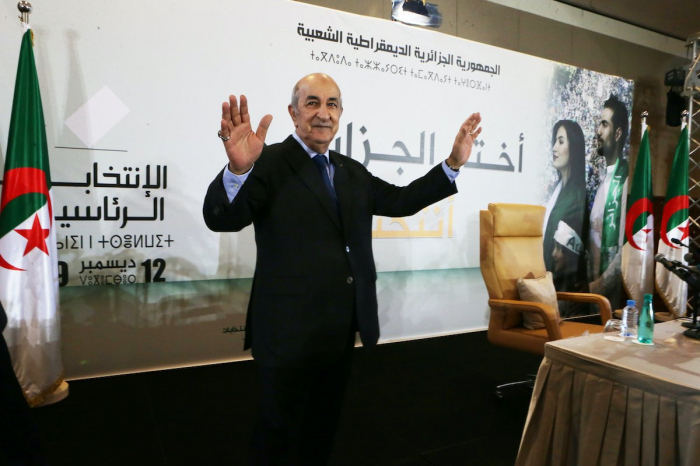 Algeria’s President Abdelmadjid Tebboune on Saturday named a university professor and former diplomat as prime minister as he builds a new government to handle political unrest and a looming economic challenge.

Abdelaziz Djerad, 65, served in the administration of a previous president in the 1990s, but was sidelined by president Abdelaziz Bouteflika, who was ousted in April after two decades as head of state.

The massive street protest movement that prompted Bouteflika to step down regarded Tebboune’s election this month as illegitimate and it seems unlikely to accept any government he appoints.

The protesters rejected any election that took place while the military stayed involved in politics and Bouteflika-era figures retained powerful positions.

Djerad spoke several times on radio after the protests began, backing them and demanding that Bouteflika and his allies quit power.

Tebboune, himself a former prime minister, was one of five former senior officials approved as candidates for the presidential race, and won 58% of votes on Dec. 12 amid protests and an electoral boycott that reduced turnout to 40%.

The opposition say that despite Tebboune’s election, ultimate power remains with the army, whose own chief, Ahmed Gaed Salah, died suddenly of a heart attack on Monday.

It leaves Algeria with a new president, prime minister and army chief during its most acute political crisis in decades. Meanwhile the country faces a longer-term slide in its trade and fiscal balances after years of lower energy prices.

With state coffers relying on energy exports for most annual revenue, the new government may be forced to make tough cuts in spending. The parliament and outgoing interim government have already agreed a 9% cut in public spending for 2020.

Other members of the new government are expected to be named in the coming days.