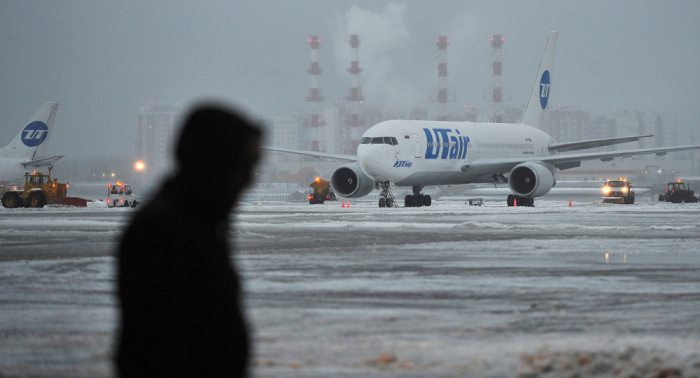 According to preliminary reports, all people on board the Utair Boeing-737 are safe, however, it is not clear how heavily the aircraft has been damaged. Firefighters arrived at the scene as fuel started leaking from the plane.

Utair flight 595 en route from Moscow to the northern city of Usinsk in the Republic of Komi, crashed during landing on Sunday, hitting the runway with its tail after an undercarriage malfunction.

The footage, captured by one of the passengers on the flight, shows the dramatic landing with a powerful blow that knocks the phone from the hands of the man and the video stops.