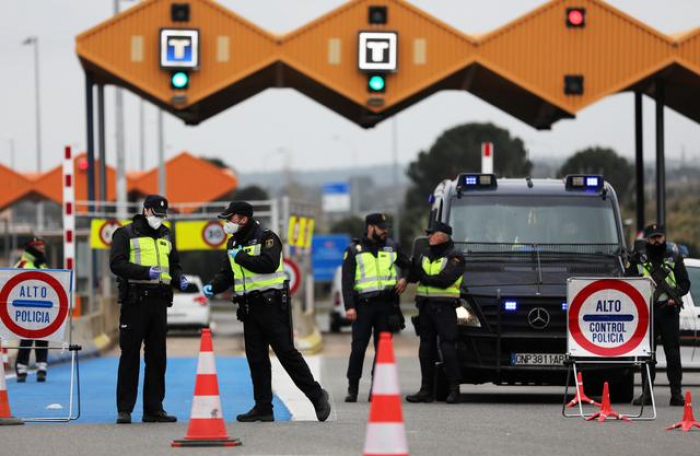 Italy’s prime minister on Tuesday declared coronavirus was causing a “socio-economic tsunami” as European leaders agreed to seal off external borders, but many countries thwarted solidarity by imposing frontier curbs of their own.

“The enemy is the virus and now we have to do our utmost to protect our people and to protect our economies,” European Commission President Ursula von der Leyen said after the second videoconference in a week of the European Union’s 27 leaders.

“We are ready to do everything that is required. We will not hesitate to take additional measures as the situation evolves.”

Italian Prime Minister Giuseppe Conte, whose country has been hardest hit by a global health crisis now centered in Europe, said no nation would be left untouched by the “tsunami”.

Rome has issued similar calls for joint EU funding during previous crises, usually running into opposition from the bloc’s most powerful economy and paymaster, Germany.

Asked about Conte’s proposal, Chancellor Angela Merkel said euro zone finance ministers would continue discussing ways to help their economies cushion the impact, but no decision has been made.

“These are initial discussions and there have been no decisions by the finance ministers,” said Merkel. “I will talk to (Finance Minister) Olaf Scholz so that Germany continues to take part (in the discussions). But there are no results regarding this.”

The EU has scrambled to find a coherent response to the outbreak, with countries imposing their own border checks in what is normally a zone of control-free travel, limiting exports of medical equipment or failing to share key data swiftly.

The national leaders agreed on Tuesday to close the external borders of most European countries for 30 days and establish fast-track lanes at their countries’ frontiers to keep medicines and food moving.

Ireland will not join the travel ban on Europe’s borders, von der Leyen said, because the United Kingdom - which left the EU in January - was not either. Despite Brexit, the two have an obligation to preserve an open border on the island of Ireland.

Should Ireland go with the majority of European countries while the UK stays away, it would mean erecting controls on the sensitive border with Northern Ireland, something sides sought to avoid at all cost in three years of tortuous Brexit divorce talks.