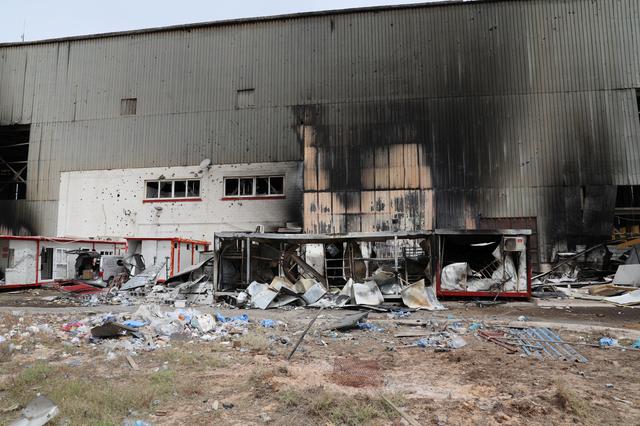 A withering bombardment shook Tripoli on Sunday as the eastern-based forces of Khalifa Haftar fought overnight for new territory in the southern suburbs after losing ground recently around the city.

Adding to the misery of Tripoli residents, the main water supplier to northwest Libya said armed men in the south had stormed one of its facilities, reducing supply.

“My father said we should be ready to leave at any moment... the fighting last night was heavier than at any time before,” said a resident of Abu Salim district, near a frontline.

“We would leave to survive, but where can we go?... we will be on the street. It’s hopeless,” the resident added by phone.

Haftar’s Libyan National Army (LNA) has been trying to capture Tripoli for 13 months, but Turkish military aid this year for the internationally recognised Government of National Accord (GNA) has helped it regain some ground.

The LNA, backed by the United Arab Emirates, Egypt and Russia, last week announced a new air campaign, but most bombardment since then has been through artillery.

Last month the pro-GNA forces recaptured a string of towns in the northwest from the LNA, re-establishing their control between Tripoli and the Tunisian border.

They have also made two attempts to seize the LNA’s strategic al-Watiya airbase, but have been repelled, and have moved towards the LNA’s main northwestern stronghold of Tarhouna.

An LNA military source said late on Saturday that the fighting was the fiercest so far. Eastern forces briefly took some ground in Abu Salim.

Tripoli residents described the bombardment as the worst so far after weeks of fighting as the GNA attempts to end Haftar’s campaign to seize the capital and push his forces out of artillery range.

Mitiga, the only functioning airport in the Libyan capital, was targeted by rockets for a second day after shelling on Saturday destroyed fuel tanks and sprayed shrapnel across a passenger jet being readied for take off.

The U.N. Libya mission condemned what it called “indiscriminate attacks”, which it said were mostly attributable to pro-LNA forces. It said last month that the LNA was responsible for four fifths of civilian deaths in the first quarter of 2020.

Turkey said on Sunday it would regard Haftar’s forces as “legitimate targets” if attacks on its interests continued.

Water pressure in Tripoli was already starting to decline on Sunday afternoon after the Great Man-Made River Project, the main water utility, said one of its power stations in the south had been stormed by armed men.

Ahmed al-Deeb, head of its western region committee, said the men had switched off the electricity because of a shortage of cooking gas and a lack of cash in local banks, and that tribal elders were negotiating with them to restore power.