The Armenian forgery that began with Movses Khorenatsi 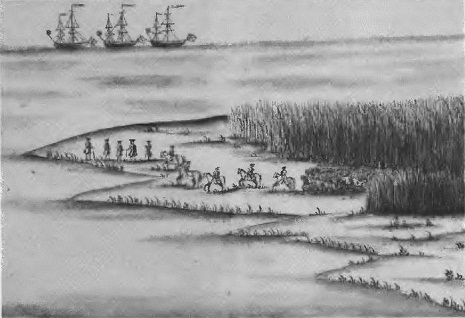 Armenian Archbishop Iosif decided to organize an Armenian autonomy on the Don in 1779. For this purpose he brought ten thousands of the Armenians to this territory from Turkey and the Crimea and founded a town by name Nakhchivan-upon-Don – the capital of the future autonomy. He gained excellent benefits from the Russian government: transportation of the Armenian property from the Crimea on the account of the state, several thousand acres of land for breeding cattle free from taxes for over 10 years, liberation of the Armenian youth from the service in the Russian army. Moreover, each householder was allocated 30-40 acres of land, free construction materials for building a house. Seeds, livestock and working tools were given for 10 years.

The Russian authorities made great concessions to the Armenian community, even allowed to found a town, but they resolutely did not allow them create autonomy. Nakhchivan-upon-Don (name of the town was a kind of parody-claim of the Armenians to Nakhchivan of Azerbaijan) later “melted” and disappeared within Rostov-upon-Don.

But their life in Nakhchivan-upon-Don gave them a pretext to rename themselves “the Cossack of the Don”. This evoked a wide respond in media a few years ago when there was a scandal between female journalist named Aroyan and the pop singer F. Grigoryan (Filipp Kirkorov). Some of mass media informed that as if the words F. Grigoryan (Filipp Kirkorov) had offended the Don Cossack woman. However, the singer suffered a little: He was forbidden to go to Armenia for some time and their planned concert was cancelled.