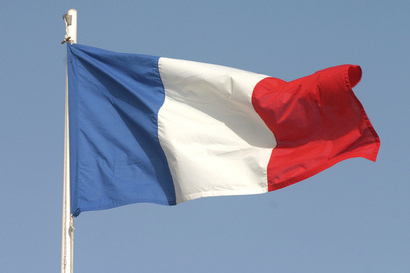 France calls for force if chemical weapons attacks proved.
Proof of chemical weapons use by the Syrian regime would require a "reaction of force," France said Thursday, as UN inspectors were in negotiations to access the site of an alleged poisonous gas attack near Damascus, dpa reported.
French Foreign Minister Laurent Fabius ruled out ground intervention, but said "there are ways of retaliating."

The main Syrian opposition coalition claims that President Bashar al-Assad`s regime Wednesday killed at least 1,300 people in toxic gas attacks on rebel strongholds outside Damascus.
The allegations prompted swift international condemnation, demands for UN inspectors already in Damascus to be given access to the site, and a UN Security Council meeting.

UN Secretary General Ban Ki-moon said that he had formally asked the Syrian government to allow the UN experts be allowed to inspect the site, a statement said. Earlier, the US, Britain and 36 other countries signed a letter demanding the inspectors be granted access.

US Secretary of State John Kerry spoke with Syrian opposition leader Ahmad Jarba to express condolences and stress the US commitment to investigating the situation.

"If these reports are true, it would be an outrageous and flagrant escalation of use of chemical weapons by the regime," spokeswoman Jen Psaki said.

While the US government and others are seeking to confirm the chemical weapons attack, those advocating for more action have increased their calls for direct intervention.

Senator John McCain, long an advocate of intervention in Syria, said on CNN it was "obvious" that an attack had taken place and that the atrocities would continue if nothing were done. He called for US airstrikes to take out Syrian aircraft, the establishment of a no-fly zone, and more weapons for rebels.

French President Francois Hollande also spoke with Ban about the incident, calling it a "massacre," saying it included the "probable use of chemical weapons." He praised the UN chief`s commitment to hold a "rapid and impartial" investigation.

The UN`s response to the conflict has been curtailed by Russia and China, key allies of al-Assad, who have vetoed three UN Security Council resolutions against Damascus since the unrest began in March 2011.

If confirmed, it would be the largest attack of its kind in the civil war, which the UN says has claimed more than 100,000 lives.
The attacks and casualties could not be independently verified, and various pro-opposition groups provided differing death tolls.

Fahad al-Masri, a Paris-based spokesman for the Free Syrian Army (FSA), said the latest count by the rebel army put the death toll at 1,703 dead, "mostly women and children."