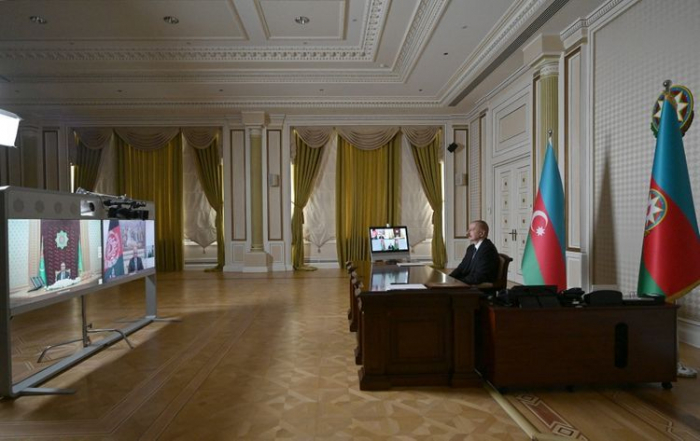 "Baku-Tbilisi-Kars railway was commissioned in 2017. I think, this was a historic event. It is no coincidence that it is also called the "Iron Silk Road". This project connects continents. Azerbaijan as country located between Asia and Europe greatly contributes to the transport and logistics sector in Eurasia."

President Aliyev made the remarks on Thursday during a video conference with his Afghan and Turkmen counterparts Ashraf Ghani and Gurbanguly Berdimuhamedov respectively, AzVision.az reports.

The head of state said that the volume of cargo transported by the Baku-Tbilisi-Kars railway in the first six months of 2020 was 3.7 times higher than in the same period of 2019.