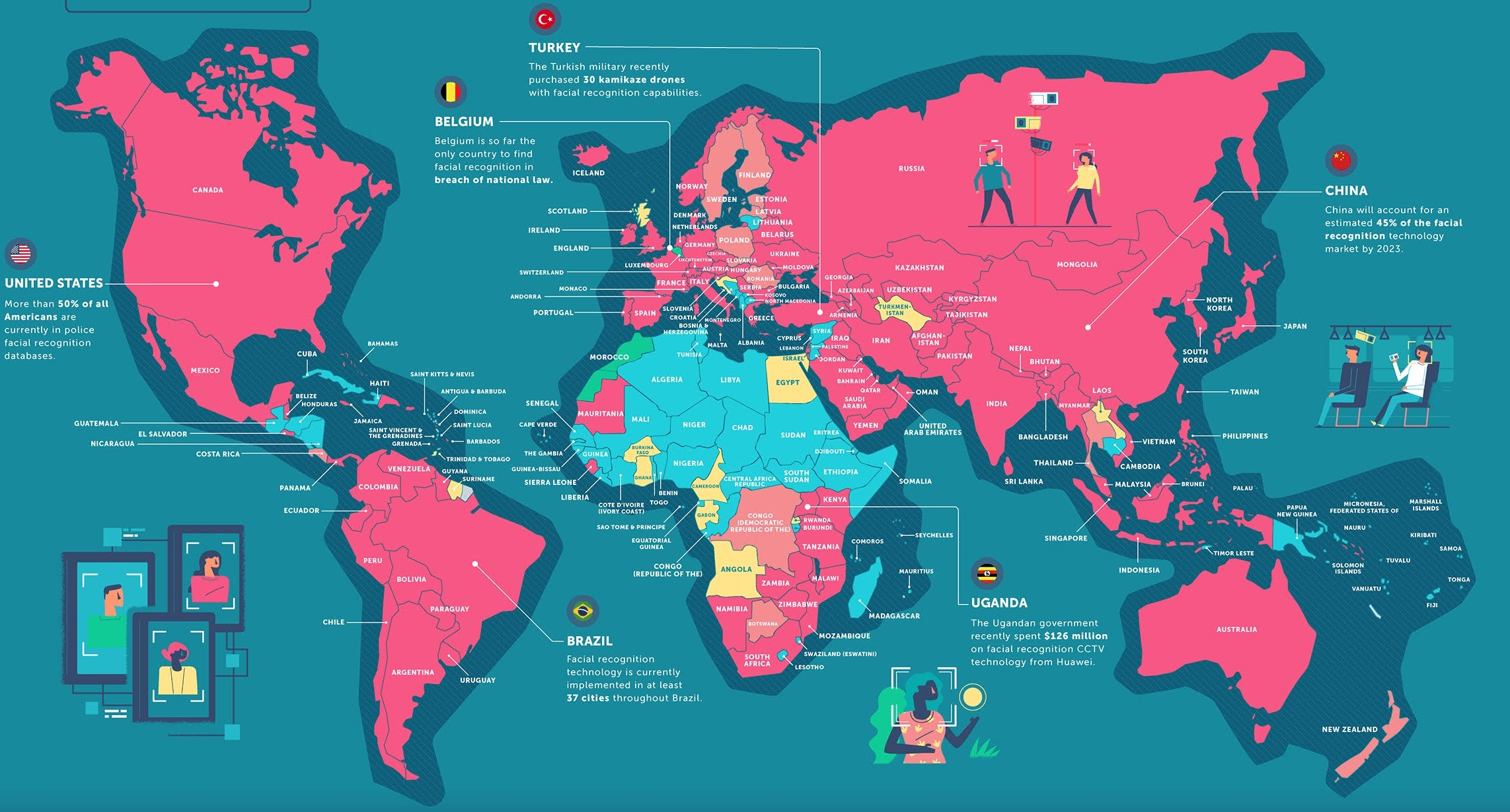 Facial recognition technology is employed for various purposes, whether for biometric identification on the airports, or on the public CCTV cameras. Many smartphones now have this technology for unlocking their system.

On states level, many countries use facial recognition technology for mass surveillance also. However, despite it being used in 98 countries of the world, there still are some that do not approve of it, and some countries have even banned it.

In the US, 59% of the citizens believe that facial recognition technology should be implemented, especially for law enforcement.

Even the Department of Homeland Security has discussed a ‘Biometric Exit’ plan, which will use this technology for all air travelers by the year 2023 to identify their visa status.

Several cities like San Francisco believe that this technology can be abused by their government, therefore, they have pushed to implement a ban on this technology. But even then, whenever there is a natural disaster, like a hurricane, this technology becomes an effective means to identify displaced people too, so its usefulness cannot be disregarded.

Coming to South America, this technology has come in handy in curbing down crime rate. In Brazil, Interpol was able to capture the second-most wanted criminal with the help of facial recognition technology.

So, Brazil is now planning to create a biometric database of its more than 209 million citizens. While many are in its favor, some people are a little apprehensive that this technology’s implementation could prevent them from expressing their opinions against their government or political parties.

Belgium and Luxembourg governments completely and officially oppose the use of facial recognition technology.

80% of Europeans are apprehensive about sharing their facial recognition data with governments and authorities.

But even with so much apprehension, 26 European countries still use it.

This technology came in handy to check on quarantine breaches amid the coronavirus pandemic in Russia, while Moscow operates with more than 100,000 facial recognition enabled cameras!

Turkey will be using 30 domestically developed kamikaze drones with AI and facial recognition technology for their border security. While Israel uses this tech to keep an eye on Palestinians across twenty-seven West Bank checkpoints.

UAE has bought discreet smart glasses to scan the crowds. All positive matches will show up on an embedded lens display.

In Kazakhstan, this technology may completely replace public transportation passes!

China is quite famous for its usage of this technology for mass surveillance as it has the highest ratio of CCTV cameras to citizens in the world, which is one camera for every twelve citizens.

They even employed contact tracing methods through biometric identification during the coronavirus pandemic. South Korea, Singapore, and Taiwan also used facial recognition technology to monitor temperatures of their citizens while also spotting the people without masks.

China is exporting this technology by providing finances and telecommunication and surveillance infrastructure to African countries like Kenya and Uganda now too.

So, it seems that whether people like it or not, this technology is not going anywhere. It is going to stay for a long time. 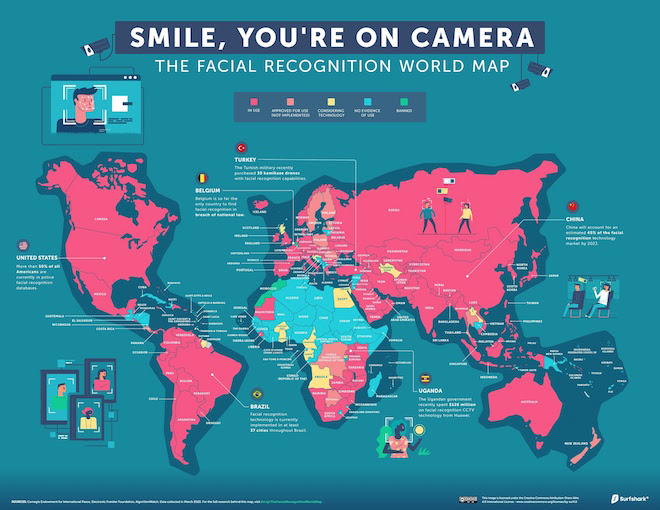 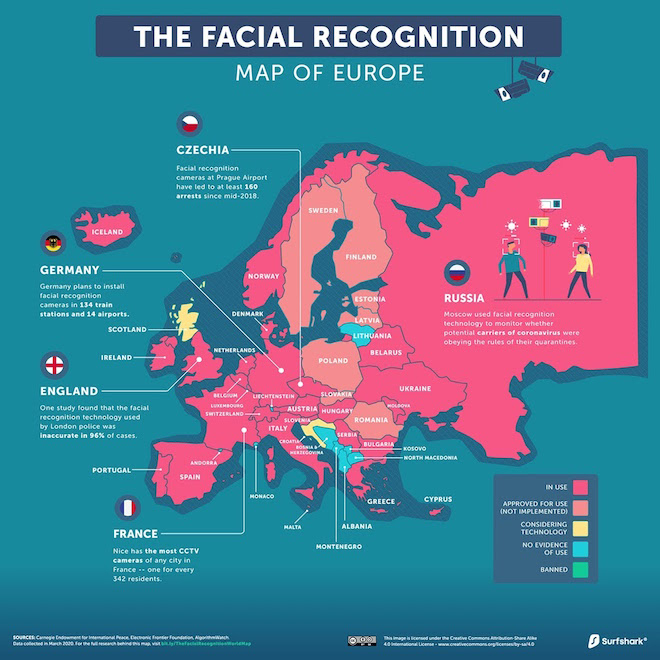 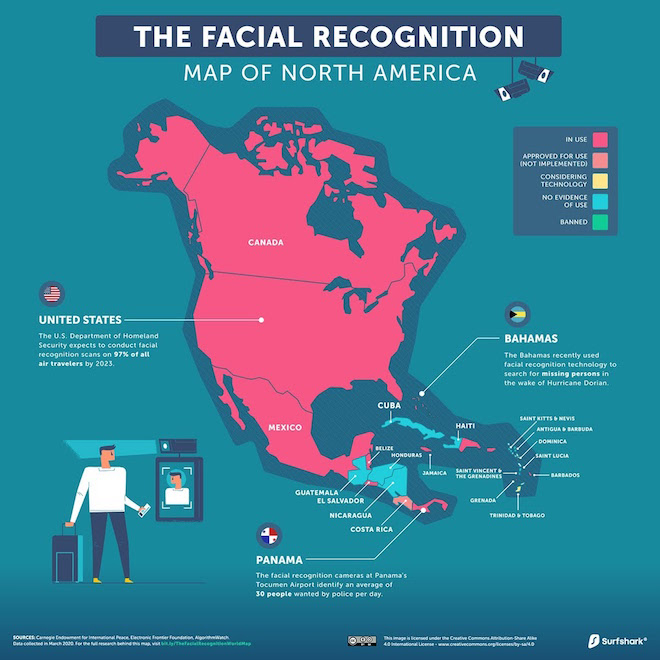 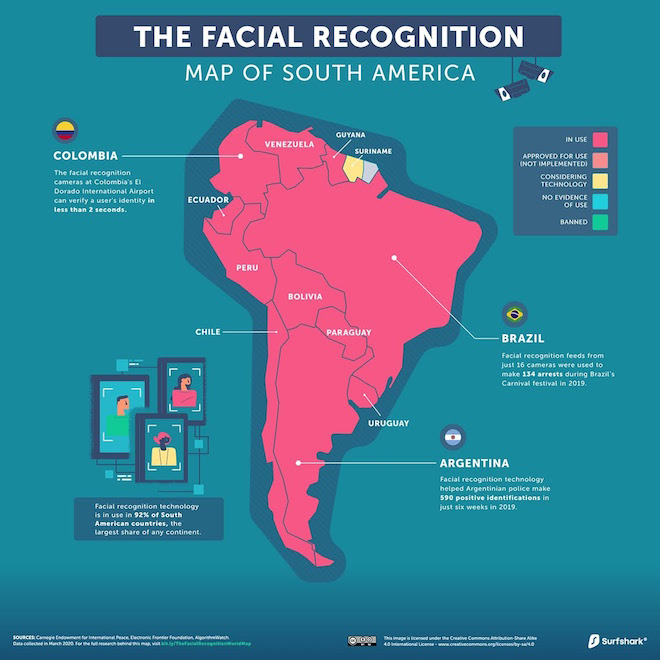 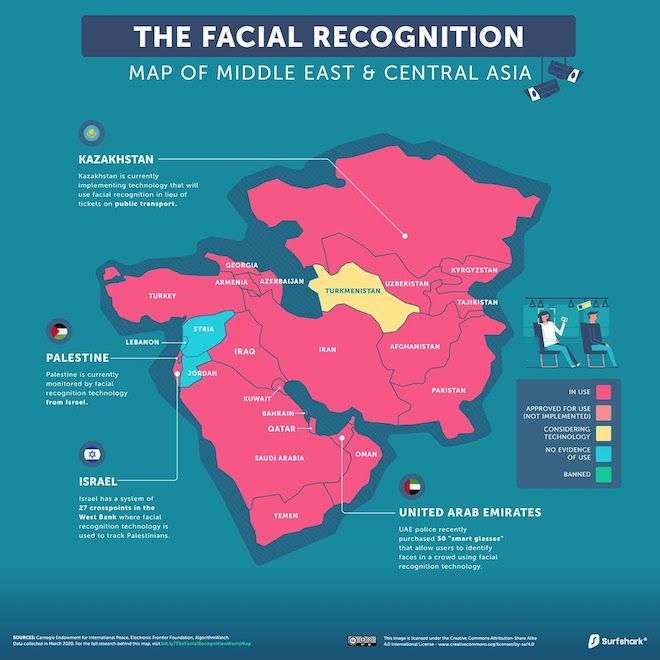 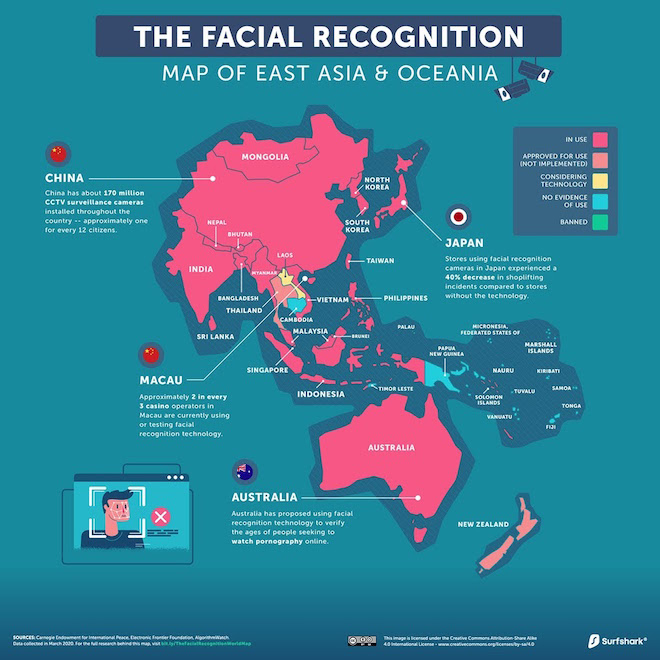 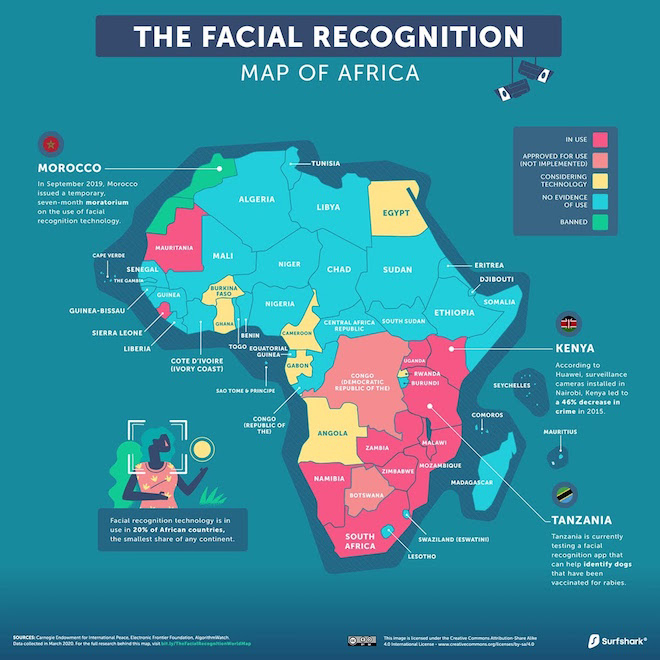 An original article was publsihed on digitalinformationworld.com.