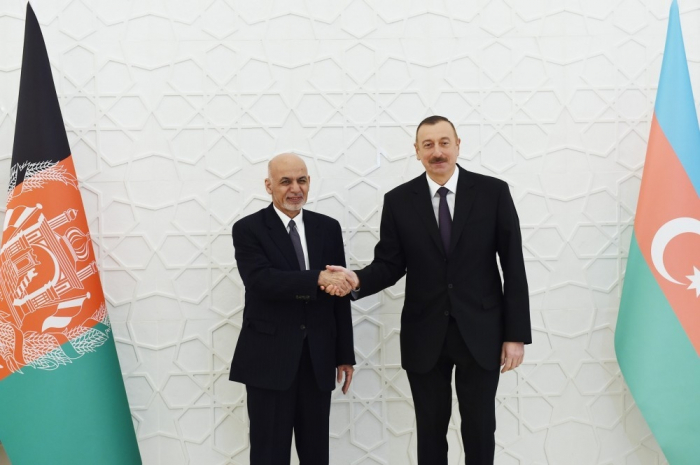 Mohammad Ashraf Ghani congratulated and wished peace to President Ilham Aliyev and the people of Azerbaijan on the occasion of Eid al-Adha.

The head of state thanked for attention and congratulations, and extended his congratulations and best wishes for peace and tranquility to the President and friendly people of Afghanistan on the occasion of the holiday.

The President of Afghanistan extended his condolences over the death of Azerbaijani servicemen and civilians in the clashes that happened after Armenia`s provocation on the Armenia-Azerbaijan border, adding that Afghanistan stood by Azerbaijan on this issue.

President Ilham Aliyev thanked for this brotherly position, praising Afghanistan`s support for Azerbaijan during the border clashes both directly and as part of the Non-Aligned Movement and the Organization of Islamic Cooperation.

During the phone talk, the heads of state hailed the development of the bilateral relations, and expressed confidence that the decisions adopted at the recent videoconference between the presidents of Azerbaijan, Turkmenistan and Afghanistan would be implemented.