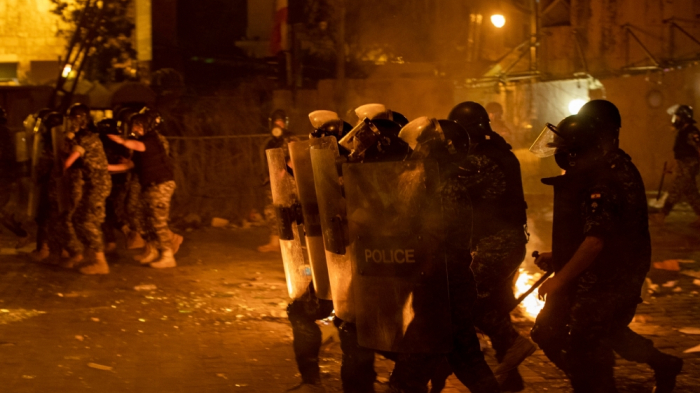 Officers deployed tear gas on dozens of people near parliament.

Demonstrators were angered by Tuesday's devastating blast, which officials say was caused by 2,750 tonnes of ammonium nitrate stored unsafely since 2013.

Many in Lebanon say government negligence led to the explosion, which killed at least 137 people and injured about 5,000 others.

The explosion destroyed entire districts in the capital, with homes and businesses reduced to rubble. Dozens of people are still unaccounted for.

The state news agency says 16 people have been taken into custody as part of an investigation announced by the government this week.

Since the disaster two officials have resigned. MP Marwan Hamadeh stepped down on Wednesday, while Lebanon's ambassador to Jordan Tracy Chamoun stepped down on Thursday, saying the catastrophe showed the need for a change in leadership.

He also called for an international investigation into the disaster.