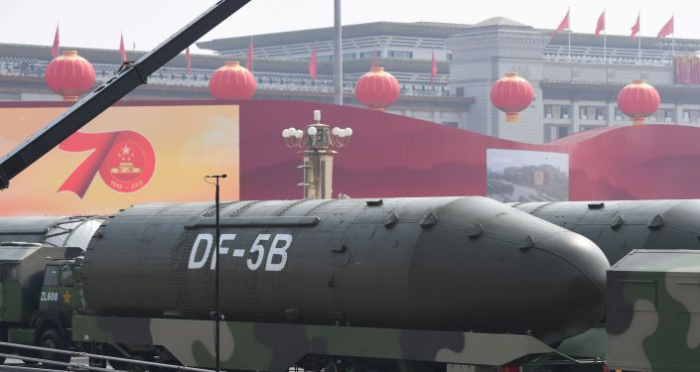 75 years on from the atomic bombing of Hiroshima, there are still approximately 13,400 nuclear warheads across the world. Tomorrow marks the anniversary of the first of two attacks on Japan towards the end of World War II involving devices with a yield of 15 kilotons and 22 kilotons respectively.

Today's nuclear warheads are far more powerful with the U.S. Trident SLBM yielding 455 kilotons while the Russian SS ICBM has an 800-kiloton yield. Both of those countries possess more than 90% of the world's nuclear warheads and they have a stockpile of just over 8,000 between them according to The Federation of American Scientists. That total includes active and inactive warheads in military custody but excludes strategic warheads currently deployed on intercontinental missiles and at heavy bomber bases. 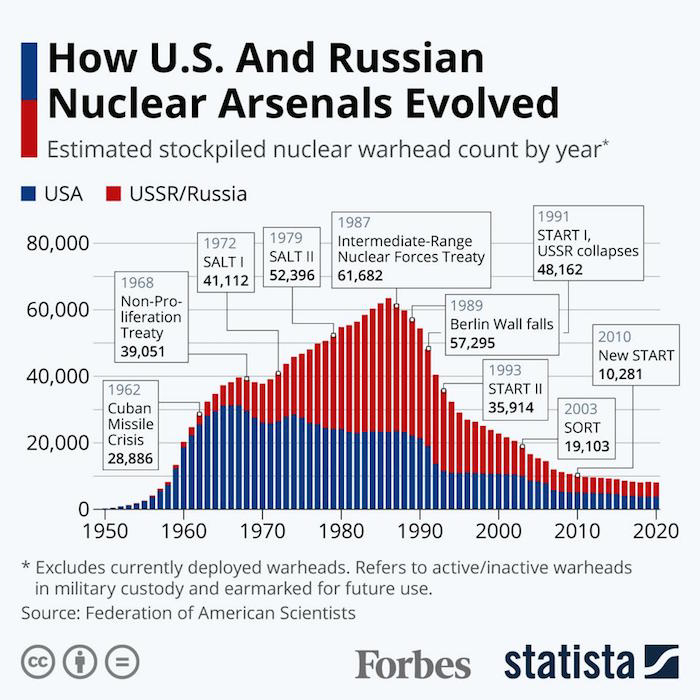 The following infographic illustrates the evolution of U.S. and Russian nuclear arsenals since the early 1950s, as well as the impact of treaties that sought to curtail the arms race. Stockpiles fell significantly in the wake of the 1987 Intermediate-Range Nuclear Forces Treaty which was signed when both states possessed more than 61,000 warheads. The trend of disarmament accelerated after the fall of the Berlin Wall and subsequent collapse of the USSR but more recent developments are cause for concern. Despite the noticeable decline in nuclear weapons since the end of the Cold War, states have moved to modernize their stockpiles, adding new types, changing their roles and committing to possessing them long-term.

Developments in Washington haven't eased growing levels of uncertainty either. Last year, the Trump administration left the above-mentioned 1987 treaty and there are mounting fears the president will also withdraw from New START which limits the U.S. and Russia to 1,550 deployed nuclear missiles each. Trump has insisted that China has to be part of future limits on nuclear arms, a move Beijing has categorically ruled out. The treaty expires in February, a relatively short time after the presidential inauguration. Trump has already abandoned the Iran nuclear accord and most recently, he took the U.S. out of the Open Skies Treaty, citing a lack of Russian compliance.

The original article was published on Forbes.