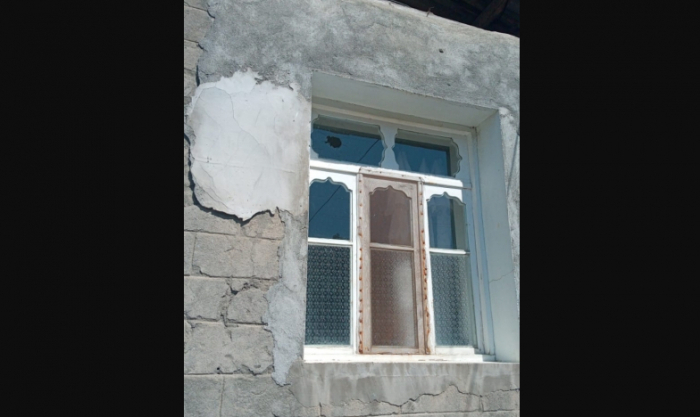 At around 5 a.m on August 26, Gapanli village of Tartar district came under intensive fire opened from heavy guns and sniper rifles by the units of the Armenian armed forces.

The shells fired by the Armenian military on the house belonging to Guliyev Zulfugar, a resident of the village. As a result of the shelling, windows of the house were broken.