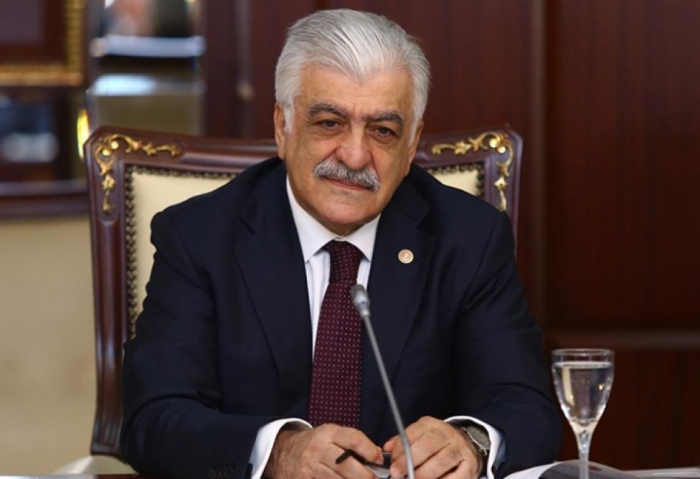 The first foreign visit to Turkey by Speaker of Azerbaijan’s Parliament Sahiba Gafarova and the delegation headed by her had attracted great attention in Turkey, Member of the Grand National Assembly of Turkey, Head of the Turkey-Azerbaijan inter-parliamentary friendship group Shamil Ayrim told, AzVision.az reports.

“Due to the coronavirus pandemic, such a large delegation from Azerbaijan has not come to Turkey in a long time. This visit after the words said to the newly appointed Ambassador of Greece by Azerbaijani President Ilham Aliyev - "Turkey is not only a friend and partner for us but also a fraternal country. We do not hesitate to support it and in all cases, we will support Turkey. We see the same support from our Turkish brothers", it became not only the strengthening of our brotherhood but also great moral support for us against the games being held against Turkey in the Eastern Mediterranean," Ayrim said.

“During the meeting between the speakers of the parliaments of the two countries, many issues related to Azerbaijan and Turkey, were raised. In particular, the provocation of Armenians in the direction of Azerbaijan’s Tovuz district was widely discussed,” he said.

“The close cooperation of the two countries on the COVID-19 pandemic was also highlighted. The sides also discussed issues related to trade, transportation of gas from Igdir province to Azerbaijan’s Nakhchivan Autonomous Republic, and the project of the Kars-Igdir-Nakhchivan railway. That is, this visit is very important for further enhancing the fraternal relations between the two countries,” he added.

On September 10, the parliamentary delegation headed by Speaker of Azerbaijan’s Parliament Sahiba Gafarova made its first official visit to Turkey.