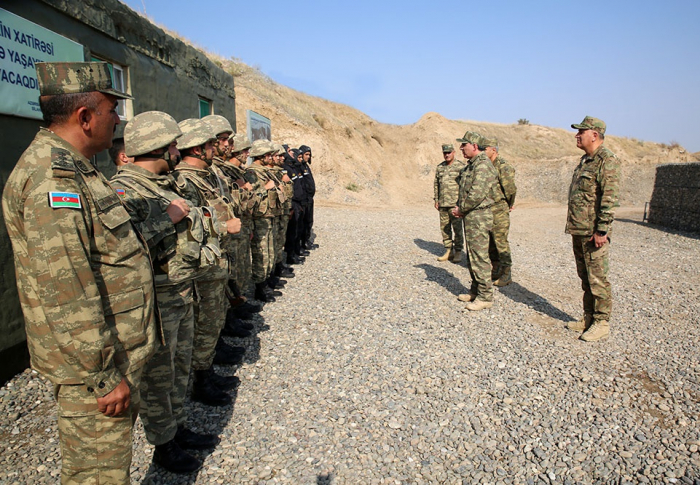 First, the memorial “In memory of those who died in April Battles” was visited, flowers were laid to it, and the memory of the Shehids (martyrs) who sacrificed their lives for the independence and territorial integrity of Azerbaijan was honored, the Defense Ministry told AzVision.az. 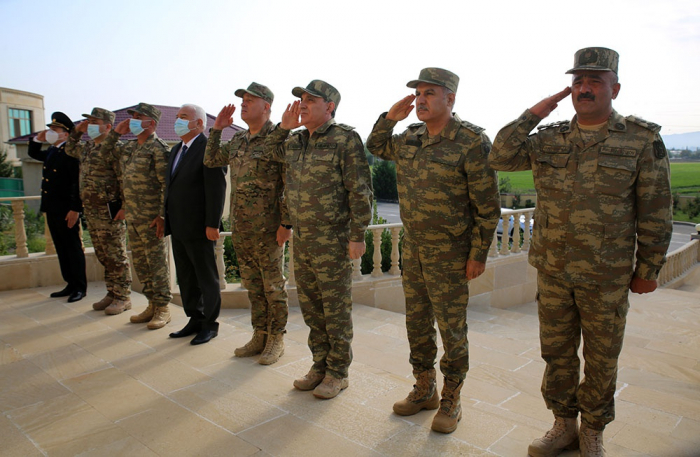 During meetings with military personnel being on combat duty in the forward defense line, discussions were held on the further improvement of the level of combat readiness and moral-psychological state of military personnel, the importance of building relationships in military collectives in accordance with the requirements provided for by legislation and military regulations, educating servicemen in the spirit of patriotism, strengthening military discipline and rule of law, as well as regarding other issues. 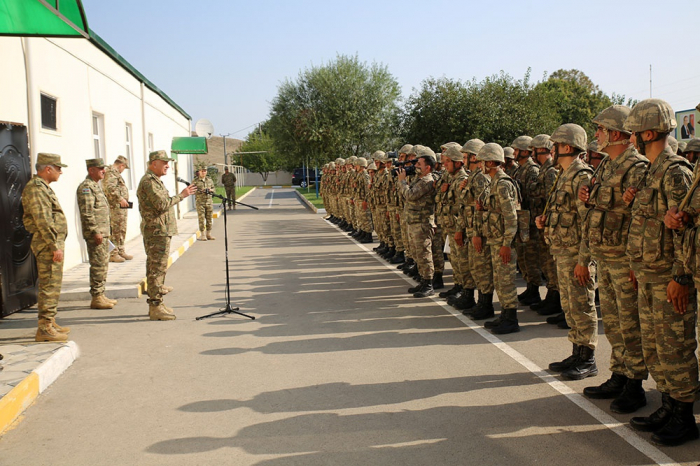 During the meetings, the military personnel were once again informed of the tasks assigned by the Supreme Commander-in-Chief of the Armed Forces for the army. The high achievements in the development of the Azerbaijan Army and the strengthening of the country's military power due to the attention, care, and direct leadership of Azerbaijani President Ilham Aliyev were also emphasized at the meeting.

Aliyev awarded valuable gifts to servicemen distinguished in the service.

Then there was a joint lunch with the servicemen. All the questions were answered. 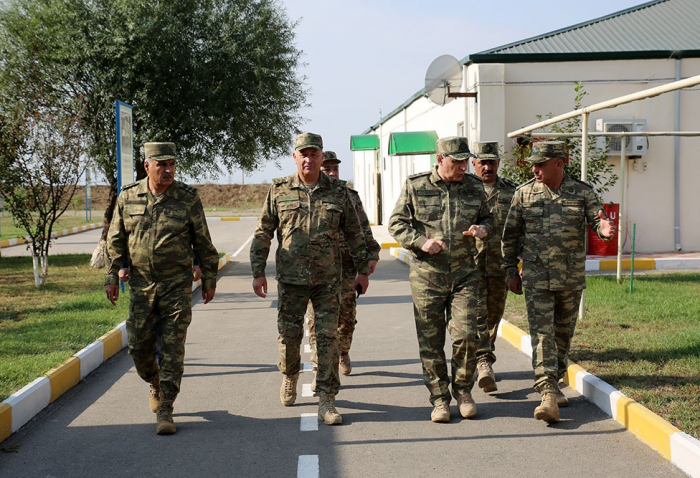 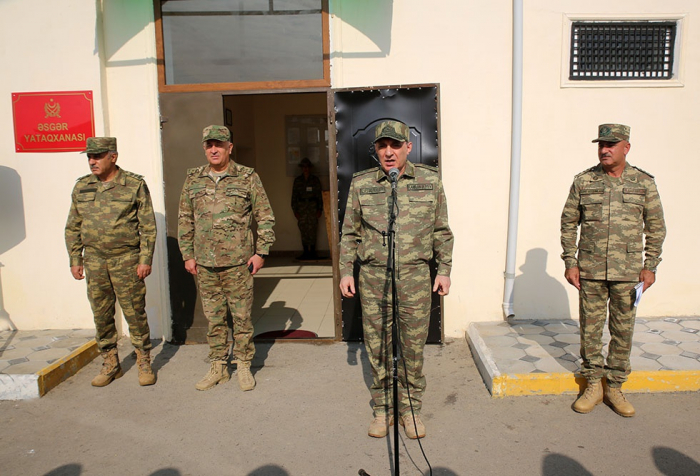 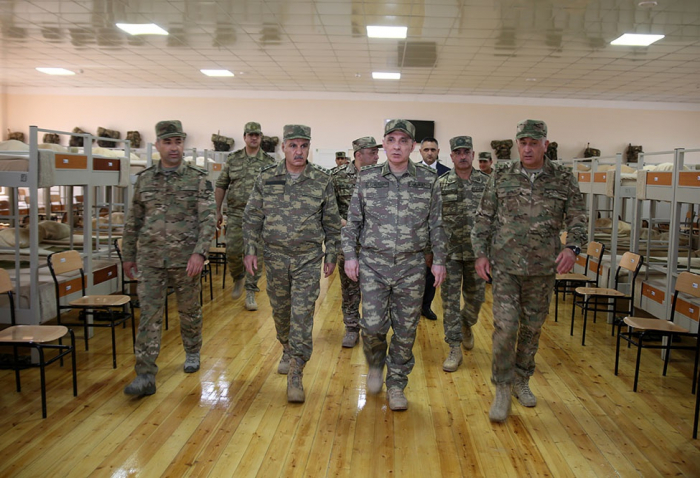 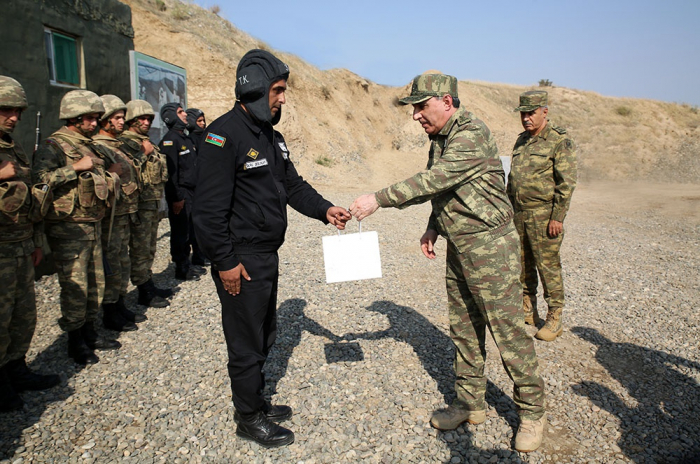 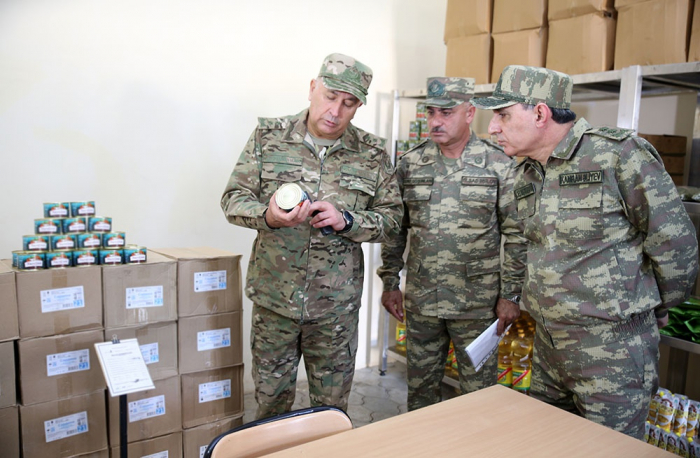 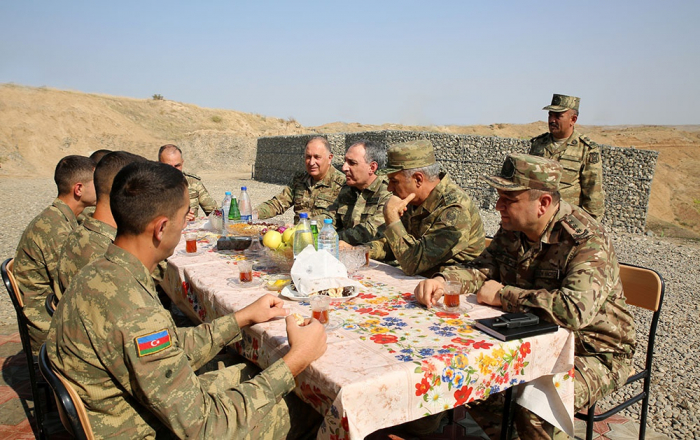 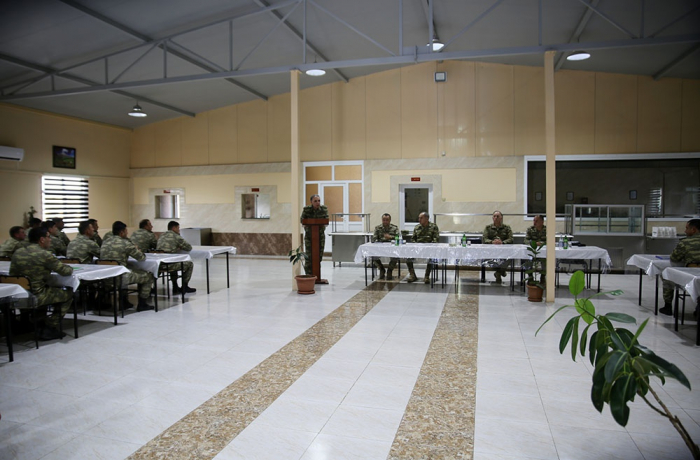