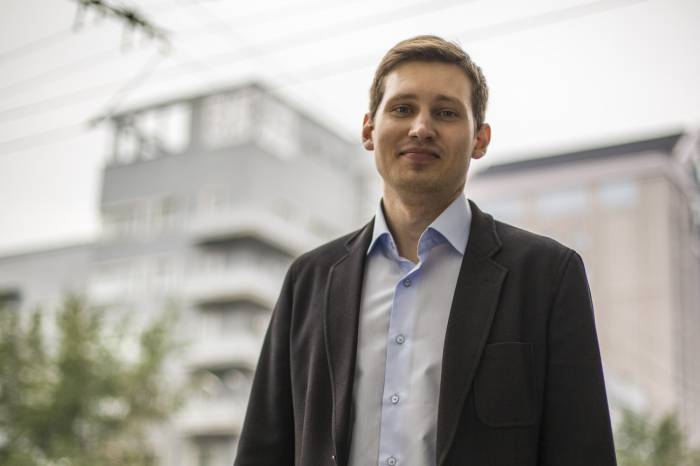 The shelling of the Azerbaijani city of Ganja, located tens of kilometers from the front line in Karabakh, inhabited exclusively by civilians, proves that the Armenian army adheres to a policy of terror against the Azerbaijani population, Russian political scientist Alexander Ryabtsov told  AzVision.az.

“The fact is that the Azerbaijani army is not engaged in shelling the objects outside the zone of the occupied regions and Nagorno-Karabakh itself, and the above-mentioned territories are the generally recognized territories of Azerbaijan. From the point of view of international law, Azerbaijan is waging a war of liberation to liberate its territories from Armenian occupation and in this context, does not violate any conventions, law and agreements”, Alexander Ryabtsov noted.

“The Armenian army declared itself as an occupying country and a terrorist by launching a missile attack on Azerbaijan’s Ganja which killed one person and several people were wounded. By opening fire on the territory of Azerbaijan, shelling Azerbaijani cities, Armenia violates international law and commits a deliberate crime. A serious crime requiring consideration of this fact in the International Criminal Court, as well as the International Court of Justice in The Hague”, Ryabtsov  statated.

Those who do not understand the essence of the problem should take into account that Ganja is located about 60 kilometers from the war zone. It is a large densely-populated city with a population of 500 thousand, it is not some small village. In this city there are schools, hospitals, kindergartens. One hit can take the lives of dozens of people, women and children. Did the Armenian troops and their leadership in the city of Khankendi and Yerevan understand this, what they were doing? Of course, they understood it well. They understood and therefore, opened fire, hoping to achieve the maximum number of victims. Of course, this is an international criminal offense, calculated, in my opinion, to provoke Azerbaijan to some kind of retaliatory actions, and then start yelling and demanding an international response to these actions, ”the Russian political scientist said.