Number of Azerbaijani civilians killed by Armenia rises to 43 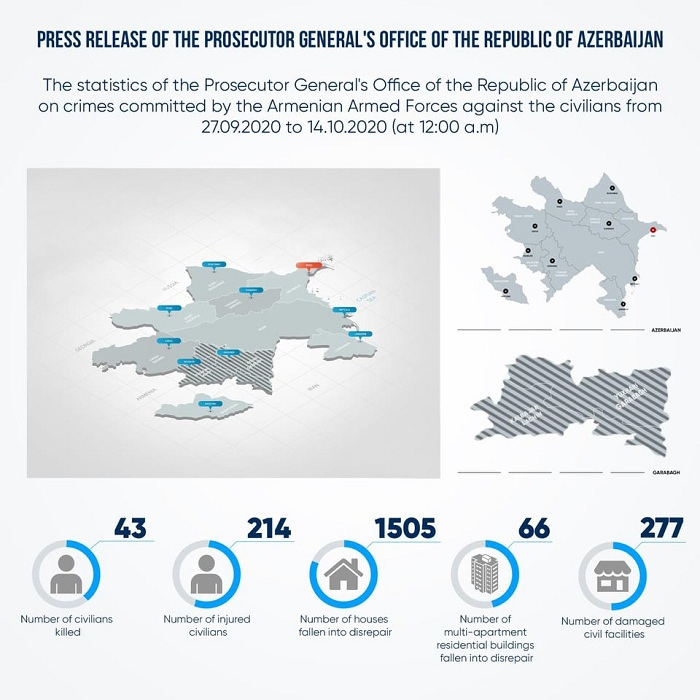 As many as 43 Azerbaijani civilians were killed and 214 wounded as a result the shelling and missile attacks of the Armenian armed forces from September 27 up till now, the Prosecutor General’s Office of Azerbaijan told AzVision.az On October 14.

Moreover, some 277 civilian facilities, 1,505 houses, and 66 multi-apartment buildings were damaged as a result of the Armenian military aggression.

Having rapidly retreated after crushing retaliatory strikes of the Azerbaijani Army, the Armenian armed forces, in a gross violation of the norms and principles of international law, the Geneva Conventions of 1949 and their Additional Protocols, as well as the relevant UN Security Council resolutions, continue intensively shelling Azerbaijan’s cities and densely populate areas, located far from the areas of hostilities.