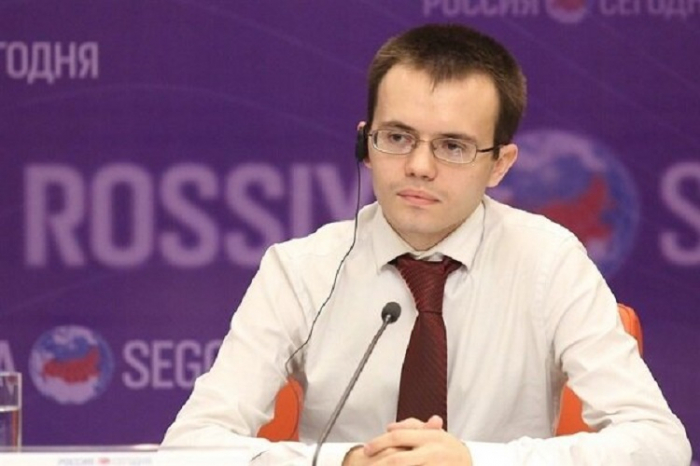 After all, the two states are officially in the same military alliance. CSTO-member Armenia running to NATO because of its conflict with Azerbaijan which isn't a member of either bloc is the same as if NATO-member Turkey ran to the CSTO's headquarters in Moscow because of its tensions with Cyprus which also isn't a member of either alliance. The media would certainly be in an uproar if that happened.

Both Russian and Western media are surprisingly silent about Armenia's scandalous cavorting with NATO earlier this week, however, but that can be explained by the fact that this development is so politically sensitive. On the one hand, Russia doesn't want to push Armenia further away from it than the country has already gone as a result of Prime Minister Pashinyan's pro-Western policies following his seizure of power in the Soros-backed 2018 “Velvet Revolution”, while the West doesn't want to rub its relative success in Russia's face all that much at this moment at least to avoid provoking it since tensions between the two are already real high.

Because neither of these media spheres are drawing much attention to his trip, the average observer is likely left feeling confused and wondering what's really going on, hence the purpose behind this present analysis in order to help them make sense of it all. Armenia wants to play NATO and the CSTO off against one another in pursuit of what it wrongly expects to be its ultimate benefit while also trying to drive a deeper wedge between NATO and Turkey. The first strategy relies on exploiting mutual suspicions against the spirit of its allied relations with Russia, while the second is related to recent developments in the Eastern Mediterranean.

The transatlantic alliance doesn't see eye-to-eye with Turkey's maritime security concerns, with France taking the strongest stand of them all apart from Greece over this issue. Turkey's ties with NATO were also frayed due to the US' arming of Syrian Kurdish groups that Ankara regards as terrorists, as well as Turkey's purchase of Russia's S-400 missiles and reported testing of them last week. Armenia is acutely aware of these fault lines and hopes to take advantage of them. Its immediate goal is that NATO condemns Turkey for the political support that it's given to Azerbaijan, after which Yerevan hopes that the bloc will then trust it more than it does Ankara.

This is where the earlier described strategy of playing the CSTO off against NATO comes into focus. Russia hasn't met the Armenian society's false expectations of it by thus far refusing to militarily intervene in the conflict. This has disappointed many, though truth be told, their expectations were unrealistic to begin with since Russia recognizes Nagorno-Karabakh and the seven surrounding districts as the illegally occupied territory of Azerbaijan per the four UNSC Resolutions on the matter that it voted for in 1993. Moscow's calculations might change based on circumstances, but so far they've remained consistent, which upsets many in Armenia.

By flirting with Russia's NATO enemies, however, Armenia hopes that maybe it can compel Moscow to changing those calculations in order to avoid “losing it” to the transatlantic alliance. It's unlikely that Armenia will leave the CSTO anytime soon, let alone join NATO, but that doesn't mean that its rapidly growing closeness with the bloc can't harm Moscow's military interests in the landlocked country. Russia would prefer that Armenia doesn't seek to “diversify” its security partnerships, let alone with NATO, so Sarkissian's scandalous visit might help advance the Armenian lobbyists' case in Moscow that the Kremlin must urgently act “before it's too late”.

Although not much is expected to come from his trip, its optics are nevertheless very concerning. They at the very least reveal that Armenia doesn't trust Russia all that much and actually intends to manipulate its decades-long military ally by playing it off against NATO. In addition, Sarkissian's presumed efforts to drive a deeper wedge between NATO and Turkey are dangerous since that could open up a Pandora's Box of problems which could ultimately pose even greater threats to regional peace. Hopefully, the CSTO and NATO see-through Armenia's games and realize that it's in the interests of global security not to play along with them.

Andrew Korybko is a Moscow-based American political analyst specializing in the relationship between the US strategy in Afro-Eurasia, Chinas "One Belt One Road" global vision of New Silk Road connectivity, and Hybrid Warfare