Another foreign media attacked by Armenians 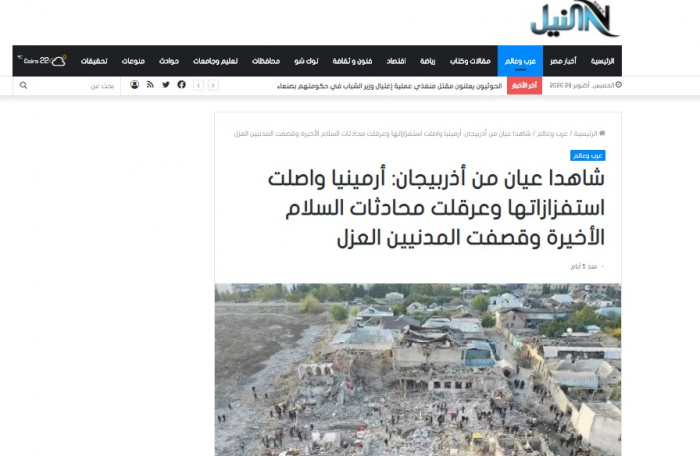 Well-known Egyptian news agency 'Nile1.com' experienced hacker attacks after publishing an article about the terror act committed by Armenia in Ganja, Azerbaijan, the author of the article, Egyptian journalist Mahmoud Diab told AzVision.az about it.

He said that after the publication of an article about the Ganja terror, Armenians massively complained the website. Afterwards, the website was attacked by hackers from Armenia and Japan. Hackers made several attempts to delete the post. Together with our IT specialists, we managed to maintain the website,"  Egyptian journalist noted.