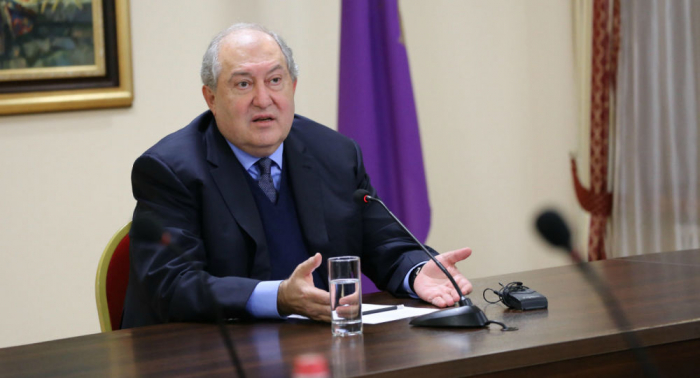 Armenia can overcome the post-Karabakh crisis through joint work and early elections, said Armenian President Armen Sarkissian in his meeting with representatives of the Armenian community in Russia, AzVision.az reports.

"We must learn from mistakes and create a country that everyone will be proud of, as well as a victorious army," Sarkissian stated.

In the meeting, the Armenian president admitted their defeat saying that the war was also lost on the information frontline. "Now, on this front, instead of acting together, the various Armenian forces are fighting against each other", he noted.

President Sarkissian highlighted Azerbaijan's success in the strengthening of the military field adding that Armenia lived with the mentality of the mid-1990s.

Armen Sarkissian also stated that the government should resign after the defeat: "In every country where such a tragedy took place, the government must go. A strong politician can return. But now Armenia is another country and it is impossible to continue as before. There is an ethical way out of the crisis: early elections to form a government with the consent of the people".