"On that day, people woke up with a desire for freedom"- Ukrainian Ambassador 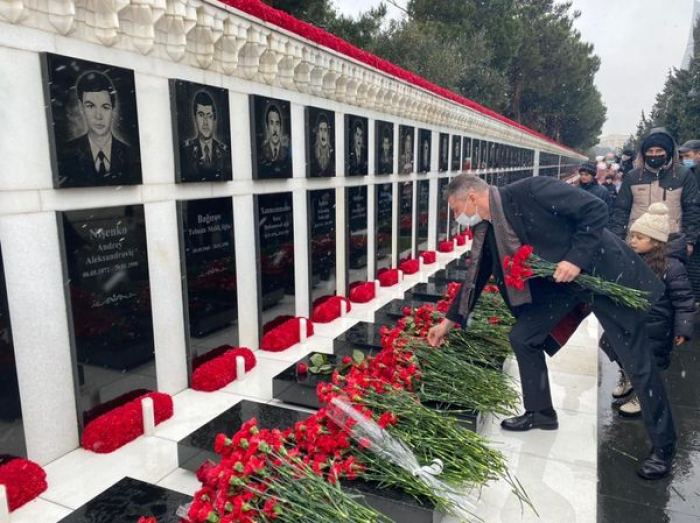 There are tragic pages in the history of each country. For Azerbaijan, this is January 20. On that day, thousands of Azerbaijanis visit the Alley of Martyrs to commemorate those killed during the "Bloody January" events, an act of bloody suppression of the movement for the independence of Azerbaijan by Soviet troops.

The diplomat wrote that on that day, Baku residents woke up with the sound of Soviet tanks and gunfire, but as a result, the whole nation woke up with a desire for freedom: "This desire for freedom came at a bloody cost. On the night of January 19-20, 1990, Soviet troops besieged Baku and other parts of Azerbaijan, killing 131 civilians, wounding 744 innocent people, many of them disabled, and illegally detaining 400. This was part of Moscow's attempt to prevent the collapse of the Soviet Union. However, the repressive measures strengthened the movement for independence, and the majority of the Azerbaijani people realized that they could not remain part of the Soviet Union, a bloody empire that had targeted its citizens. Soon after the Azerbaijanis, others also stood up: Sayudis in Lithuania, the People's Movement in Ukraine, the Popular Front of Estonia. Thus, the USSR collapsed and the nations were liberated.

We have not forgotten. "