Russian helicopter forced to land in Syria due to technical reasons 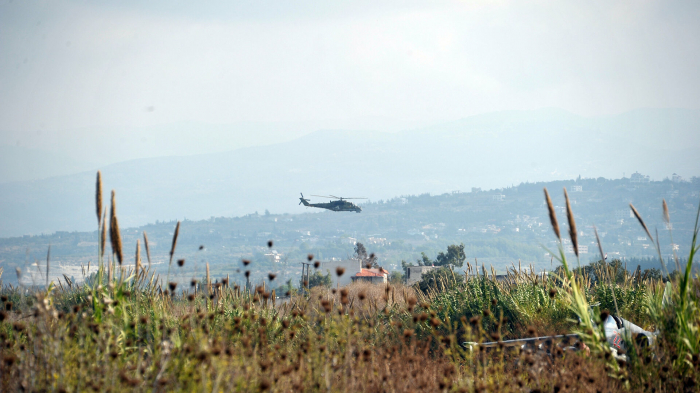 Russia’s Mi-35 helicopter made an emergency landing during a patrol mission in Syria due to technical reasons, the Russian Defense Ministry said on Sunday, stressing that the lives of its crew were not in danger, AzVision.az reports citing TASS.

"On February 28, 2021 during a routine flight aimed at patrolling the territory of the Al-Hasakah Governorate (the Syrian Arab Republic) the Mi-35 helicopter was forced to land due to technical reasons," the ministry stated.

The Mi-35 helicopter’s crew members were immediately taken to an airfield by a search and rescue service. "Nothing is endangering the pilots’ lives. According to the crew’s report, there had been no fire effect on the helicopter," the ministry stated.

In the Al-Hasakah Governorate, a convoy of civilian vehicles heading along the strategically important M4 highway is escorted by the Mi-8AMTSh transport helicopter and the Mi-35 combat helicopter.

The Mi-8AMTSh transport helicopter moves at the distance of 5-10 km ahead of the convoy with a group of fire cover onboard. It carries out aerial reconnaissance for the emergence of militants near the highway. In its turn, the Mi-35 combat helicopter provides a rearguard for the convoy to prevent the approach of other vehicles.