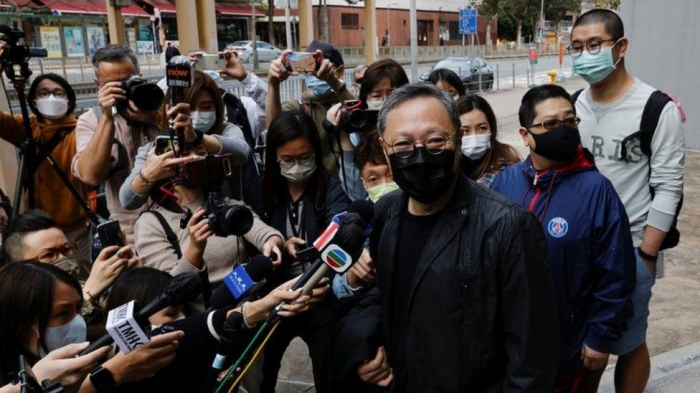 Police in Hong Kong have charged 47 activists with "subversion", in the largest use yet of the territory's controversial security law, AzVision.az reports citing BBC.

The 47, among a group of 55 arrested in dawn raids last month, were told to report to police stations for detention ahead of court appearances on Monday.

Critics say it has silenced dissent and stripped Hong Kong of its autonomy.

The law came into force after a series of mass pro-democracy protests in 2019, some of which turned violent.

Those ordered to report to the police are pro-democracy activists who had helped run an unofficial "primary" election last June to pick opposition candidates for 2020 legislative elections, which were then postponed.

Chinese and Hong Kong officials say the primary was an attempt to overthrow the government.

Hong Kong police said in a statement: "Police this afternoon laid a charge against 47 persons... with one count of 'conspiracy to commit subversion'."

The 39 men and eight women, aged between 23 and 64, are scheduled to appear before West Kowloon Magistracy on Monday.