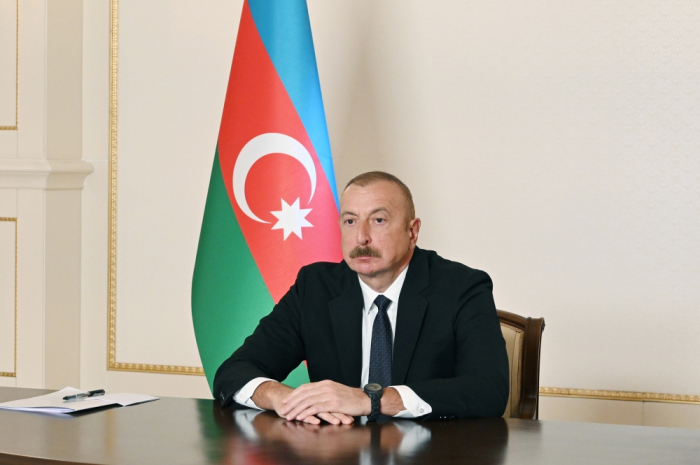 Azerbaijan’s President Ilham Aliyev spoke about the Second Karabakh War during his speech at a virtual informal summit of the Turkic Council on Wednesday.

The head of state said that the internationally recognized territories of Azerbaijan had been under occupation for almost 30 years.

“As a result of this occupation, about 20 percent of our lands were occupied by Armenia, and more than a million Azerbaijanis were expelled from their native lands. A policy of ethnic cleansing was pursued against our people,” the president said.

President Aliyev also touched upon an act of genocide committed by Armenia in the Azerbaijani town of Khojaly in 1992. “As a result of the Khojaly genocide, over 600 innocent civilians, including 106 women and 63 children, were brutally killed.”

The head of state pointed out that international organizations have always supported Azerbaijan’s position.

“But this support was not so important in practice, because the issue remained unresolved. The UN Security Council, the world’s highest international organization, has adopted four resolutions demanding an immediate, complete and unconditional withdrawal of Armenian armed forces from the occupied Azerbaijani territories. These resolutions adopted in 1993 remained unfulfilled. Resolutions and decisions of other international organizations supported Azerbaijan’s position as well, which had a great legal and political significance,” he added.