Iran: No talks with US during Vienna meeting 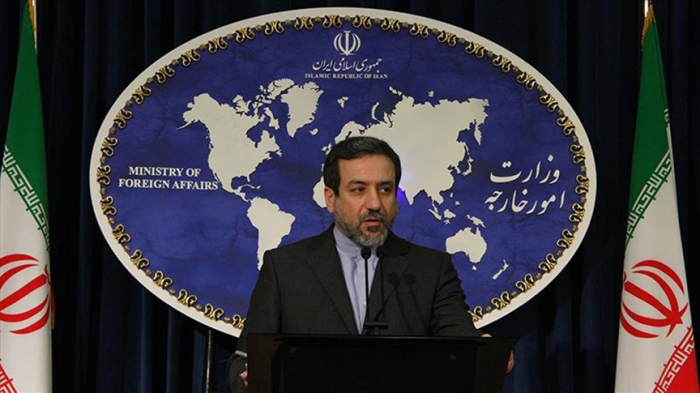 Iran’s Deputy Foreign Minister Sayed Abbas Araghchi on Sunday ruled out any direct or indirect talks with the US one day before heading to Vienna for much-anticipated talks on reviving the 2015 nuclear deal, AzVision.az reports citing Anadolu Agency.

Araghchi told reporters that there is only "one step", which is Washington lifting sanctions “imposed, re-imposed and relabeled" over the years.

"Our main condition is that the United States first fulfills all its obligations and removes all sanctions, and then we verify them and return to full compliance," Araghchi said, terming the Vienna talks as "purely technical".

Negotiations in Vienna between representatives of Iran, France, the UK, Germany, Russia, China, and the EU will begin on Tuesday in what could be a lengthy process to bring the US back to the nuclear deal and pave the way for Iran's reversal of recent measures.

The framework for Vienna talks was laid during the virtual meeting of the joint commission of the deal, also known as JCPOA on Friday.

Araghchi, who represented Iran in the meeting, underlined that Tehran will not attend any meeting in which the US is present, including the meeting of the joint commission of the nuclear pact.

On Saturday, Foreign Ministry spokesman Saeed Khatibzadeh rejected a US proposal to gradually lift sanctions imposed by the Trump administration.

It comes as the stalemate over the revival of the 2015 pact continues between Tehran and Washington, despite the new US administration pledging to review the Donald Trump administration's hawkish approach against Iran.

The two sides, although expressing willingness to de-escalate tensions, have been reluctant to make the first move.

Iran's top nuclear negotiator Ali Akbar Salehi on Thursday said the "deadlock" on who makes the first move has been broken, with talks entering the "technical phase".

However, there remains deep-rooted skepticism on the issue in Iran's political and intelligentsia circles.

The Hassan Rouhani government is under tremendous pressure at home in what some lawmakers fear could be a hasty return to full compliance while the US return to JCPOA and lifting of sanctions remains uncertain.

Iran's parliament, dominated by conservatives, is set to hold a special session on Sunday to discuss the latest developments regarding the Vienna talks as well as Iran-China strategic pact.

"Gradual and step-by-step return to the agreement is rejected by us. It was the US that made the mistake and it is the US that must correct this mistake," spokesman of parliament's foreign policy commission Abolfazl Amouei said on Saturday.